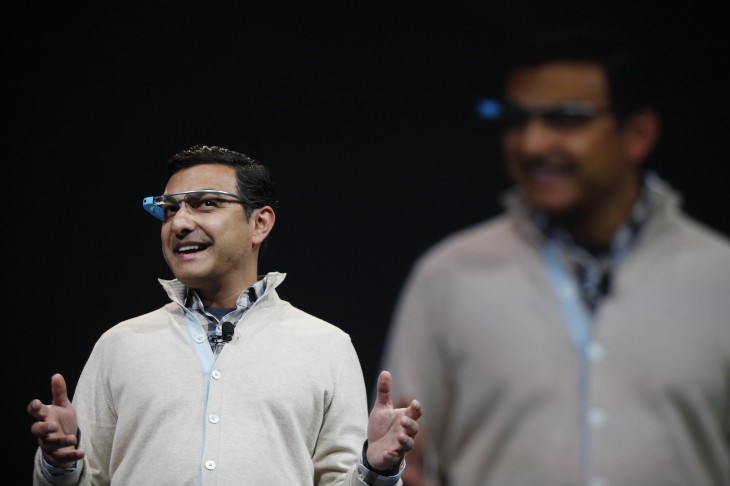 Vic Gundotra, formerly Senior Vice President of Social (and now, of Engineering) at Google, and head of the company’s social networking service Google+, hasn’t posted anything on Twitter since July 2011.

If you’re wondering why, well, you need wonder no longer because the man has publicly admitted, on stage at an event, that he was asked by ‘his boss’ not to tweet anymore (hat tip to Mahendra ‘@ScepticGeek’ Palsule).

At the tail end of a conversation with Search Engine Land editor Danny Sullivan at the SMX Social Media Marketing 2012 event (video embedded below), Gundotra gets asked a question from the audience about his social networking behaviour, to which he responds with some interesting commentary on his Twitter and Facebook usage.

Marketing Land live-blogged the chat, but missed most of Gundotra’s answer, so we’ve taken the liberty of transcribing the relevant bit about Twitter – which starts around the 1:01:36 mark – here below:

Danny Sullivan (DS): Do you personally use any other social network tools and why haven’t you tweeted since July 2011?

Vic Gundotra (VG): Well, I made one tweet, and then I was asked not to tweet again.

VG: No, actually I was asked not to do that by my boss. I tweeted a tweet about two companies that went viral, went very very viral and made a lot of headline news. And honestly, I didn’t anticipate that my comments would be interpreted in the way they were interpreted.

I thought I was speaking to a relatively small number of people who followed me, a developer-oriented group, and instead it went mainstream. And so, uhm, I’ve curtailed my usage since then.

And frankly, I’ve been so busy on Google+, it’s been incredible. I think I have something like 3.5 million followers on Google+ so I have plenty of an audience who to speak to – an audience I love.

DS: (to the audience) Vic is a rockstar on Google+, by the way, if you don’t know. I did a post today and he came and commented on it and people went (didn’t get that part).

VG: It’s really great to work in Google engineering, and I think there’s a whole community of people that love that.

DS: Do you look at them though? I mean, do you go over and at least look through Twitter? You do have a Facebook page, I know that because I saw it today, so do you check out the other players just to keep up?

VG: You’re saying I do have a Facebook account? Yeah, yeah. I have a Twitter account too. Absolutely, I will check out things – it’s part of my job to keep up with where the innovation is coming from, so of course I look at those things. But my predominant usage is Google+.

Later in the conversation, Sullivan gets Gundotra to say that Google co-founder and CEO Larry Page is who the senior Google executive effectively considers to be ‘his boss’, after which the former quips about now knowing who asked Gundotra not to tweet.

Indeed, by then, Page had taken over as CEO while Eric Schmidt became the company’s Executive Chairman, so that checks out.

By the way, the PR storm-causing tweet(s) Gundotra is referring to was this “Nokia-Exposing, Microsoft-Bashing” one:

He later also retweeted this snarky comment on an iPhone app.

Odd that it was enough for him to get asked by Page to stop tweeting, but hey, at least he wasn’t strong-armed into deleting the tweets.

To conclude, I’ll add that the word on the street is that Google could have acquired Twitter for $5 billion at one point, but stopped showing interest in such a deal when it focused on building Google+.

Google’s Vic Gundotra: “I’m not interested in screwing over developers”

Read next: Evernote to open office in India in January 2013 as Asian expansion continues (Update: No it isn't)