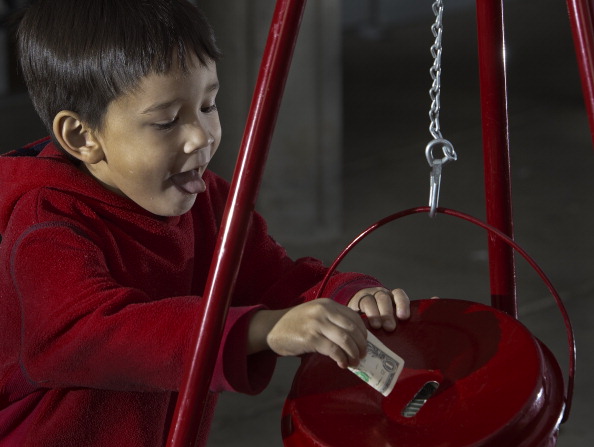 Google has announced it is launching a new program designed to help support nonprofits that are coming up with creative and innovative ways to support their causes. Called the Global Impact Awards, this initiative is meant to bring more awareness to those that aren’t shying away from some of the world’s “toughest human challenges”. In total, Google says it will be providing $23 million in the first round to seven nonprofit organizations who are helping to make a difference.

With the first seven groups, the criteria was that they needed to be finding a way to use technology to help solve an issue. In addition, it needed to have a “nimble and entrepreneurial team” that isn’t afraid of failure, and have a specific project in mind that takes big ideas and tests it in the real world.

To date, the company has given more than $100 million in grants to support organizations trying to make an impact, along with $1 billion in technology and 50,000 hours of volunteer time. It’s not that hard to believe that it would be possible for a company of that size to have an impact on social change and good. Besides the policy of “good corporate citizen”, Google has made it part of its culture that “Googlers” can spend part of their time doing what they’re deeply passionate about — whether that’s for the company or for them.

The company’s Hunter Walk is an example of this. He’s the Google executive who leveraged the famous “20 percent time” program to create an initiative called YouTube for Good and has about “a fifth” of YouTube’s employees participating by creating useful tools that groups like the United Nations World Food Program and Charity: Water can use to help advance their cause. It has grown to help expand YouTube’s reach and service to other nonprofit organizations like the AIDS symposium by the ONE Campaign and many others.

Last year, Google took up the fight against slavery by donating $11.5 million to over 10 organizations combating this crisis and human trafficking. At the time, Gary Haugen, president and CEO of International Justice Mission, a recipient of some of the funds, said that the search engine’s fund was “a game-changing investment”.

Whether its the advancement of education to countries around the world or ending slavery or even finding a cure for the terrible diseases our loved ones have, Google has been a part of that.

Here are the recipients of the first-ever Global Impact Awards:

Charity: Water: This group will use its $5 million grant to pilot the installation of real-time water monitoring technologies at 4,000 water points across Africa by 2015. It’s goal is to alleviate the lack of clean water sources around the world, where 1 in 9 people have access to it.

Donorschoose.org: With their $5 million grant, the group will work to provide public schools in the United States with start-up materials to create — 500 new Advanced Placement Science, Technology, Engineering, and Mathematics (STEM) courses. It will partner with the College Board to work directly with school administrators and AP STEM teachers to get the classroom materials and resources they need.

World Wildlife Fund: Receiving $5 million, it will adapt and implement the use of specialized sensors and wildlife tagging technology to increase the detection and deterrence of poaching in countries like Asia and Africa

Consortium for the Barcode of Life: A part of the Smithsonian Institution, this group received $3 million to create and implement what it calls “DNA barcoding” as a tool it says will protect the world’s most endangered wildlife. It will build a public library of DNA barcodes that law enforcement can use to identify confiscated materials.

GiveDirectly: Having received $2.4 million, the group says it will scale up its model of direct mobile technology cash transfers to Kenyan families living in extreme poverty and expand to another country.

Equal Opportunity Schools: Through the donation of $1.8 million, the organization will identify 6,000 high-performing but under-represented students in 60 high schools and move them into advanced high school classes. These students will be chosen through data that shows potential to succeed and readiness for greater challenges.

Geena Davis Institute on Gender in Media: With $1.2 million, it will create new software that will analyze gender portrayals on screen, using time-intensive research to scale globally and accelerate what it calls the “positive representation of female characters in children’s media.”