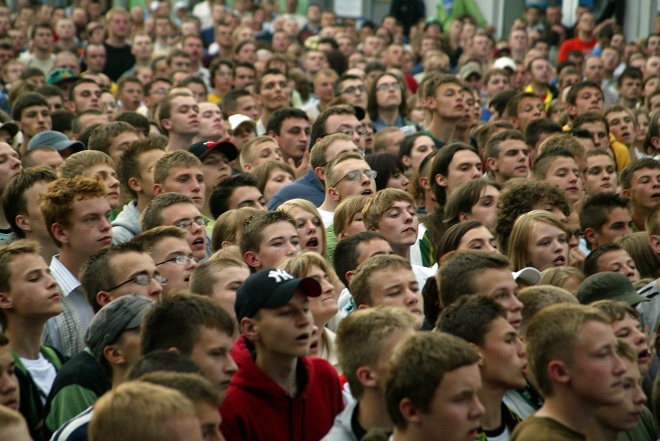 Update: More on Google’s Viewdle acquisition: What it’s buying and why the startup’s CEO quit this summer

Google last month reportedly acquired Ukrainian startup Viewdle, after talks ended successfully a week ago. The Viewdle board apparently approved a takeover bid by Google on the night of September 24, but the deal has yet to be publicly announced. The startup will be telling its employees tomorrow, according to a Forbes report that calls the acquisition the biggest deal in Ukrainian Internet history.

The company first emerged with an app called SocialCamera, which automatically tags your Facebook friends as you take a picture. Yet the first time we talked about Viewdle was way back in August 2008, also in regards to a Facebook app: VideoFriends helped users organize their videos with extensive tagging and sharing utilities.

Google will undoubtedly be looking to integrate Viewdle’s technology into both Android and Google+. In fact, I wouldn’t be surprised if a few months from now we see a Google+ update for Android (and maybe even iOS) that features facial recognition technology.

Maybe Facebook should have grabbed Viewdle first, if only to block Google’s purchase. Then again, maybe the social networking giant tried but wasn’t willing to pay as much as the search giant reportedly did.

: More on Google’s Viewdle acquisition: What it’s buying and why the startup’s CEO quit this summer

Read next: Yahoo upgrades its IntoNow app to include election tools for the common voter