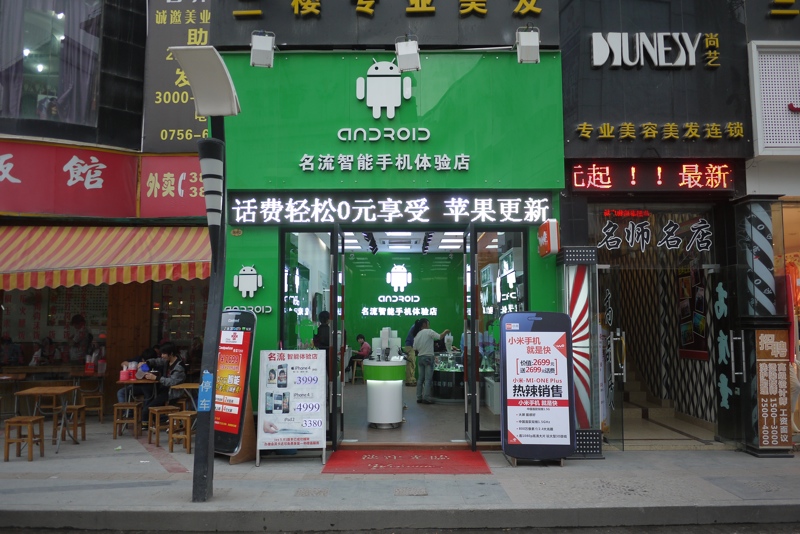 Google’s Android is continuing its impressive run in the Chinese smartphone market, soaring to 83 percent market share in the second quarter of 2012, according to a new report from Analysys. Nokia’s Symbian and Apple’s iOS have each been left with 6 percent share.

Analysys International’s Enfodesk tracker shows Android eating up significant share of device sales from Symbian over the past year. In the second quarter of 2011, Google’s mobile OS had an estimated 47.6 percent of the market, compared to Nokia’s 32.3 percent. Over the past year, Symbian’s share of Chinese smartphones dropped over 26 percent, while Android rose by roughly the same amount.

The iPhone has carved out 6 percent of the market, but its high price has kept it from making further inroads in China. The cheapest iPhone that Apple sells in China is the 8GB iPhone 3GS for $455 (RMB2,888). Despite the fact that the handset is more than two years old, it still retails for almost twice the price of the average Android phone.

As a number of handset makers in China have been racing to the bottom of the price barrel, consumers have been quick to adopt smartphones. Some estimates expect there to be 200 million smartphone users in China by the end of this year.

China has grown to be become the largest and fastest-growing smartphone market in the world, by most accounts.

Meanwhile, Android has seen substantial success outside of China as well. Google chairman Eric Schmidt  on Wednesday touted daily Android activations of 1.3 million, and a device total, which includes tablets, of 480 million units.