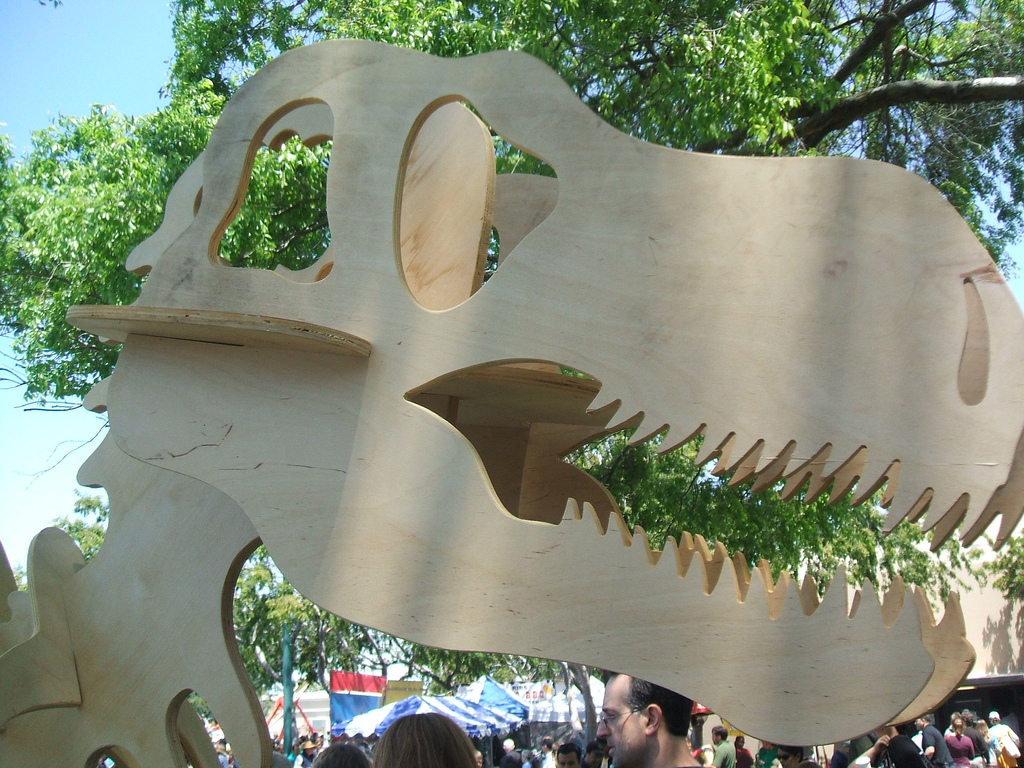 Google and MAKE magazine have joined forces to organize the first online “summer camp” on Google+, Maker Camp. Mostly targeted at 13- to 18-year-olds, this ongoing 6-week initiative lets teenagers learn about science and technology through a series of daily activities around “the art of making.”

According to MAKE’s Maker-in-Chief Sherry Huss, her team was first approached by Google, which wanted to launch an initiative to get kids interested in science and leverage MAKE’s experience. As you may know, the 8-year old DIY magazine is organizing Maker Faires, which have now branched out around the world (see our previous story). The idea with this new project was to use Google+’s technology for broader reach, MAKE’s senior marketing director Vickie Welch adds.

Fridays are undoubtedly an exciting time for Maker Camp’s young participants. During what Googler Kat Eller describes as “virtual field trips,” they get to interact with relevant staff members at top companies and institutions, such as NASA, CERN and the Smithsonian.

A pit stop at Ford

One of those recent ‘virtual’ field trips took place at Ford, which gave behind-the-scenes access to its Research and Innovation Lab. According to the company’s communications manager Alan Hall, the workshop focused on two aspects of Ford’s activities to build the cars of tomorrow: its experiments with sustainable materials, and its Virttex driving simulator.

This isn’t the first time Ford has been using Google+. Over the last few years, the company has been working on upping its game with social media. “We want to talk to somebody, not at somebody, and Google+ has been important for us to expand this conversation,” Hall says.

In addition to boosting Ford’s social media strategy, participating in Maker Camp also corresponds to other priorities the car manufacturer is working on: developing an open innovation culture, and engaging with young people in the promotion of STEM learning, which is essential for Ford to find future talent.

While Maker Camp’s participants got a chance to talk back and forth with Ford’s lead engineers, its staff was genuinely wowed by how much these kids knew about test drive engines such as Virrtex – so much that the team encouraged them to send resumes. Here’s the video from the Field Trip:

From a platform perspective, Google+ Hangouts make it very easy to create live broadcasts that can be immediately archived without editing, Huss says. This means that a much larger audience can access it – one of the key reasons that led each of Google’s partners to take part in this initiative.

For instance, Ford has been conducting a high-school program in Michigan for decades, but Google+ means it can now take things to the next level and offer this new kind of “distance learning” to kids all over the US and beyond.

According to Google, engagement statistics have been very satisfactory since the launch of Maker Camp. In practical terms, the MAKE G+ page has been +1’d more than 553,000 times, and half a million Google+ users now have it in their circles. Beyond MAKE, Maker Camp also boosted the popularity of its counselors, whose project-related posts have often been re-shared hundreds of times.

More generally, it is an interesting example of what technology can do to break barriers and get teenagers involved in experiments that can boost their interest in science.