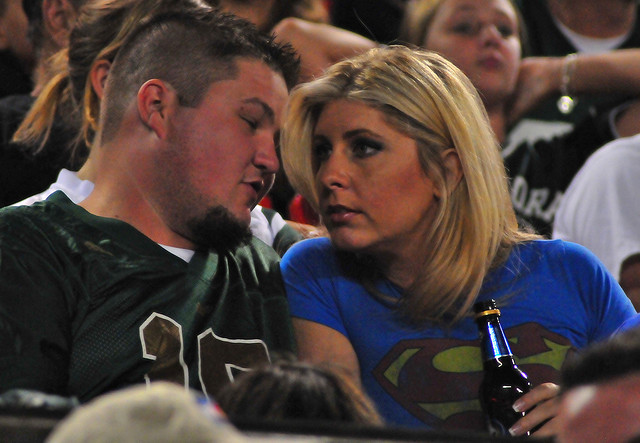 Ever since Google announced its intentions to turn all of its services inside out by adding a social layer by way of Google+, much attention has been directed at the Hangouts product. That attention is for good reason, because the video conferencing technology now leaves the friendly confines of Google+ for NFL.com, the company announced today.

This is the first time that Google+ Hangouts will appear on another property, and the technology will now be driving the fantasy football experience for the National Football League. Fantasy football is a social experience already, so you can already figure out how Hangouts can facilitate better communication for those leagues that have members all over the globe.

I spoke with Steve Grove, Head of Community Partnerships for Google+ and Nikhyl Singhal, Product Manager at Google, and we discussed what this means for NFL fantasy leagues and what this could mean for Google+ Hangouts moving forward.

First, here’s a look at what the Hangouts experience on NFL.com will look like, allowing everyone in your league to smack talk, discuss next Sunday’s game and just connect on a whole new level:

This “NFL Gamecenter” experience is a great first step for the Google+ team to make Hangouts available to a third-party site because “Fantasy leagues in general are already structured conversations between known participants”, Singhal told me. For this partnership, the team has also expanded the size of Hangouts to fit twelve people instead of ten, which makes sense for the fantasy league size on the site.

The first part of this rollout includes the standard Hangout, but Grove tells me that there could be NFL-specific apps coming in the future. As we noted before, Google+ is letting its developers tinker with the notion of monetizing Hangouts with digital goods, so you can only imagine the possibilities that might come out of this new partnership.

The NFL already has a presence on Google+, but will be increasing its engagement with a new page launching today. The league plans on building a schedule of programming, complete with NFL analysts, to help fantasy league players manage their teams.

This takes Google+ as a “social network” out of the conversation completely, and puts Hangouts front and center. Those who want to chat with their league-mates don’t have to explain anything other than “lets talk on video about football.” Google has even made the signup process a bit shorter for those that don’t have an account.

The great part about Google+ Hangouts is that you can participate from any device, be it a desktop, laptop, mobile phone or tablet. Imagine sitting in front of the TV during gameday and seeing the reactions of your friends when your starting running back breaks his first big run.

Google+ Hangouts is indeed a powerful platform, and this announcement is one of the most disruptive things to happen to video in a long time.

What interests me about Hangouts being embeddable is that I’d love to see the experience available on sites other than ones relating to sports. For example, I’m hoping that The Next Web can someday offer a unique Hangout for each big story we publish, so that all of you can chat about your thoughts.

One day. This is a pretty damn good start, though.

Read next: Too soon? Path CEO Dave Morin already dreaming about an IPO