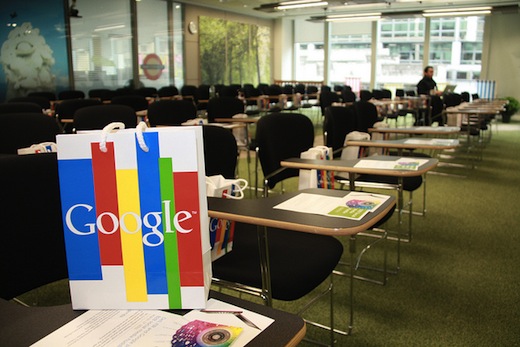 Today is the day pregnant Marissa Mayer starts her first day as the new CEO of Yahoo, after a 13-year long career at rival Google. As widely reported, she was one of the first 20 people to join Google when it was started in the late nineties.

But what happened to the rest of them (via this Quora thread), and other notable former Googlers, we wondered? Turns out 7 of them are still at Google.

(not necessarily in that order)

Other notable ex-Googlers (aka Xooglers)

– Sheryl Sandberg was previously VP of Global Online Sales and Operations at Google and is now COO and board member at Facebook.

– Paul Buchheit left Google to start FriendFeed, sold it to Facebook and later left the social networking giant to become a partner at Y Combinator

– Bret Taylor, who was the CEO of FriendFeed but previously co-created Google Maps and the Google Maps API, is now the (outgoing) CTO of Facebook.

– Foursquare co-founder and chief executive officer Dennis Crowley worked at Google after its acquisition of Dodgeball.

– Chris Sacca was the Head of Special Initiatives at Google but went on to run an investment firm called Lowercase Capital.

– Scott Hassan, best known as the founder of eGroups (bought by Yahoo) but also one of the key software architects of Google in its early days, founded robotics firm Willow Garage.

– Jason Liebman co-founded and runs Howcast after playing an integral role in growing strategic content licensing and monetization relationships for the YouTube, Google Video and AdSense teams for 4 years.

And now for a blast from the past: here’s a video of Google’s weekly all-staff meeting, TGIF, recorded in December 1999.

Read next: Issue v0.7: In India, a time of flux approaches