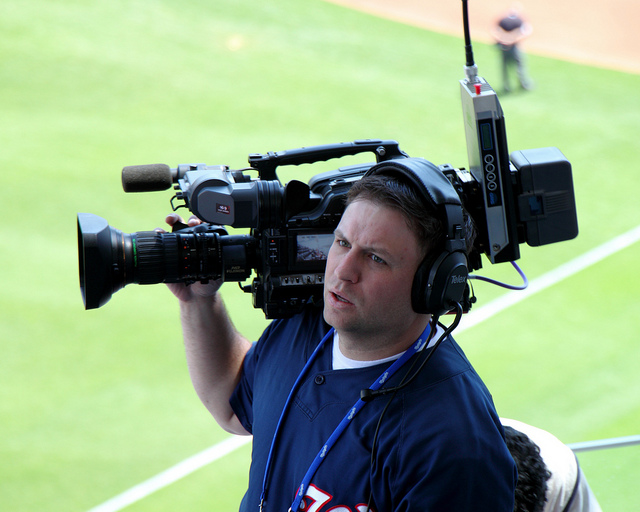 Since Google made the “On Air” option public for Hangout users, people have started doing interviews, shows and concerts using Hangouts, and then publishing them to YouTube for viewing later. It’s the perfect mix of live-viewing and time-shifted enjoyment.

Today, Matthew Leske of Google shared some information about a new app called “Cameraman” for Hangouts, that gives you control of which guests show up for your viewers. As you might know, one of the great features of Hangouts is that the focus shifts to whomever is talking at any given moment. Sometimes people talk too much, and that’s where something like this is helpful.

This app lets you control when specific guests appear to your viewers, so you can introduce someone before they appear in your live broadcast, or hide someone after you’ve interviewed them.

With the Cameraman app, you can mute someone and then bring them back to the forefront later:

To use the Cameraman app, start a Hangout On Air and invite up to 10 people to join your hangout.
– To hide someone from your viewers, click the video mute icon below the person’s video feed. Folks who are grayed out won’t be seen by the public.
– To show someone in your broadcast, simply click the video mute icon again.
– You can also select that new guests who join your hangout are hidden by default. To change the default settings click the Cameraman app in in the toolbar.

This is neat. So have a play, and be a cameraperson!