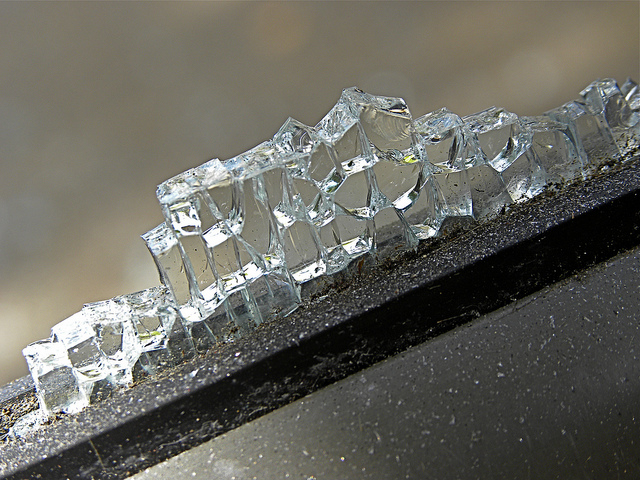 Now that the week is over and the Google I/O dust has settled and we’ve all had time to soak in the news, it’s given me time to reflect upon what was undoubtedly the most exciting week I’ve seen from Google. While I’m enthralled by Project Glass (arguably the biggest event and news of the week) I’ve had a bit of time to reflect and decide whether I’m really as amazed as I might have seemed during the presentation.

The short story? Yes. Project Glass feels like living in the future, and I’m wonderfully excited about the promises that it holds. But the more that I think about what I’d do with Glass, the more I realize that there’s a problem. You see, I really want this technology, but I don’t especially want it to be built by Google.

There are two schools of thought about what Glass can do. On one hand it’s essentially an augmented reality system, and the more information that you allow Google to access, the better your augmentation will become. This has been the privacy trade-off with Google from the beginning, and it has worked well for the company.

The other side of the story is people like me. While I would definitely use the augmentation, what really enthralls me is the idea of building a better version of my brain. Moments captured with the camera, location data recorded, sounds and atmospheres journaled…these are the parts of Glass that I think would be amazing. And for me, Google is not the right company to provide what I want.

It comes down to an issue of trust, and this is the line that I’m not yet ready to cross with Google. I’ve handed over loads of personal information to the company, and generally it does a decent enough job with protecting it that I’ll continue to use its services in trade. But everyone has their “creepy line”, and this is mine. Google doesn’t need to know every moment that I’d like to document. It hasn’t yet earned that place from me.

Unfortunately there really isn’t a company that earned that level of trust, and that’s precisely the issue with it comes to massive undertakings like Glass. There needs to be a company that consumers can trust implicitly and its motivations have to be 100% transparent or else it risks breaking that trust. If you ask the average consumer what Google does, they don’t get it. They think it’s a search company that makes some money from a few ads. They have zero understanding of the complexities of Google’s reach.

The very fact that people don’t understand adds to my concern. I have to agree with TNW’s Drew Olanoff, Project Glass is a mainstream product. It’s futuristic, but it’s going to see widespread adoption when it comes to market. I’d venture to say that in 5 years we won’t even look at someone strangely for wearing the frames. But do they really understand what they’re sharing? Probably not.

It’s the same issue that has plagued Facebook, albeit a bit more publicly. People are constantly sharing far more information than they realize, and they’re placing it into a much more public view than they’re aware. Just as projects such as Diaspora have risen from a “need” for a better solution, so too will Glass have its competitors. There will, undoubtedly, be someone touting themselves as the creators of a “truly open-sourced glasses platform”.

Glass perhaps raises more questions than it answers, and it answers every question we’ve never asked. Quite fortunately for Google, the company has managed to stir up a frenzy surrounding its product, but there are many issues that run parallel to it. For instance, the necessity for granular control over the privacy settings of a device that quite literally can (and will) record your every move. We’ve only lightly scratched the surface of what privacy control will eventually require, and Glass is a stark reminder of that fact.

Google is searching for its iPhone moment, and Glass could be the answer. For Google, I hope that it is. But for consumers, an air of caution needs to be had. The eyes, they say, are a window into the soul. The question then has to be asked – what price are you willing to put on your soul for Google to have full access to it?

Read next: As Apple settles iPad trademark suit in China, another appears over Snow Leopard