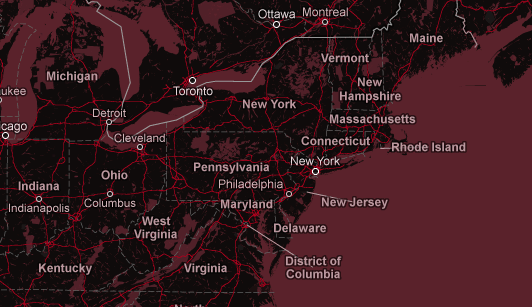 To get started, check out the (dated-looking) Styled Maps Wizard. It’s easy to use, and will likely make it harder for your users to recognize what map service you’re using in the first place. Most importantly, it will allow for some extra flexibility when it comes to making your maps match your site.

Google has pointed out some noteworthy examples of styled maps, including the Submarine Cable Map, the NY Times, Map of the Dead, The Global Transition to a New Economy and Fata Morgana.

More specifically, here’s exactly what you can do, from Thor Mitchell, Product Manager at Google Maps API:

For more, check out the announcement blog post, Google’s developer community / support channels and the Styling section of the Maps API documentation.

Read next: Nike continues its push to own the sports tech space with new Nike+ Basketball and Training apps