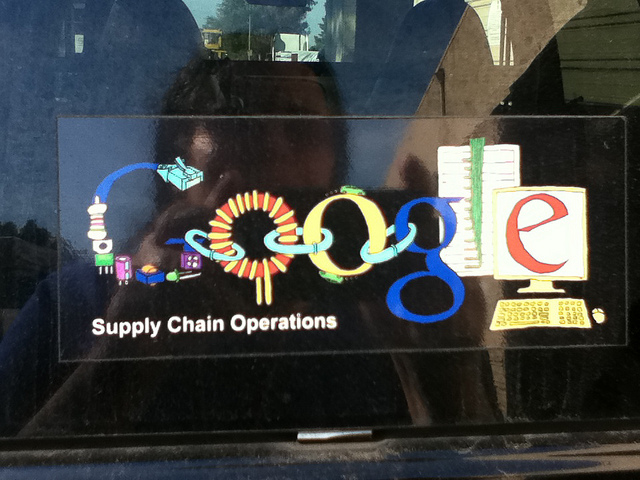 Here’s a lesson that we’ve learned today, and already knew:

Rule #1 of working at Google: You do not talk about Google.

An NDA, which means Non-Disclosure Agreement, is a pretty serious thing when it comes to working for a company. Whether it’s Google, Facebook, Microsoft, or especially Apple, secrecy is the name of the game.

This fella got hired by Google to promote their new Chromebooks in Best Buy stores, but it seems like he let the cat out of the bag too early. Here’s his post on Reddit about it:

Reddit, this is me. The newly hired chrome specialist from the other day. Well, turns out I was just fired for posting the picture of my uniform and being excited to work with what I thought was a great company. AMAA (self.IAmA)
submitted 2 hours ago* by filthy6

Just got a call this morning, and was let go. Apparently me saying something before Googles I/O was not a good idea. Yesterday they old me to delete the posting and I did, as well as my account (filthy33). I just wanted to say thanks everyone for the support the other day. Sorry I was not able to answer a lot of your questions. So I guess I am now unemployed…. again

EDIT: About the NDA, I thought it applied to what we were doing during training. Which makes sense, because they gave it to us before we were trained. AFTER training, they told us, go and tell people about the exciting product you represent. Even tho I didnt really talk much about the product, I did mention where we will be selling them, apparently the NDA about not talking or posting anything was still in effect.

Yes, it is my falt, I was very excited about working and wanted to show off my uniform for such a cool brand. That is all.

He originally posted this with a shot of himself in the uniform, but he removed it, luckily we grabbed it first:

Oops. Remember, kids…read and abide by the NDA.