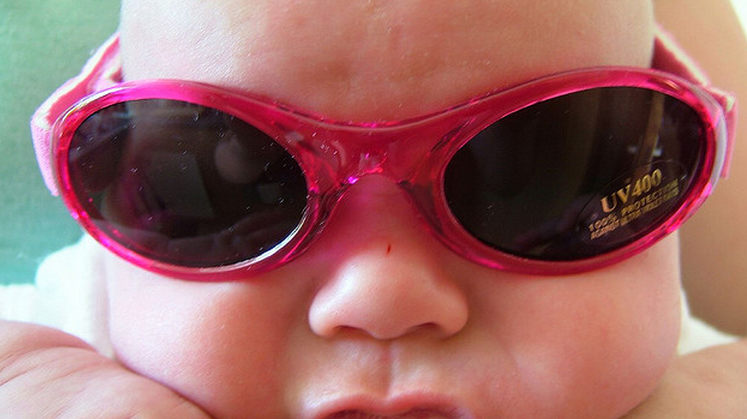 Today at its I/O event, Google blew away the crowd and over 80,000 folks on the live stream by strapping Project Glass headsets to sky divers, who jumped from a blimp, landing on the roof of the conference center. The audience watched live, from the perspective of the jumpers.

Then, bikers were sent, with a package originally from the blimp, across the roof, passing it off to a person who repelled down the outer wall of the location. Another biker then went riding through the event, and onto the stage, handing the small padded envelope to Google’s cofounder Sergey Brin. It was thrilling.

From that point, Sergey went on a lengthy speech, with the help of other Googlers, explaining where Glass is as a project, and what the company wants it to become. The product, maligned by some when it was first shown off in a video as vaporware that would never reach the market, exists.

Finally, it was made known that American attendees at the event will be able to pre-order a developer unit, for $1,500, that will be delivered early next year. Project Glass is real, coming, and looks stunning. But what will it do, and will we want to use it? Product demos are designed to make things appear better, and more functional than they might otherwise be. TNW’s Brad McCarty and Alex Wilhelm have both taken a thought to the question, and answered in the following way:

This is exactly the sort of innovation that I’ve been hoping for. Instead of merely taking pieces of current technological progress, and fusing them in new ways, Google is forcing forward the entire industry, and by eventual result, our lives.

Project Glass units are far too expensive at the moment, even for enthusiast developers, but if the very first, limited run devices will cost $1,500, the price will eventually become workable for most. It’s not hard to imagine the first widely available consumer unit priced $500. That may sound ridiculously expensive, but recall the price of the first Kindle: $400. Price declines over time as volume and part discounts come online, in concert with improved manufacturing processes that will also lower marginal expenses.

Therefore, I expect that Google will be able to produce the devices, and that enough people will be able to afford them in the coming years that they will be if not normal, not weird either. What are we going to use them for? I suspect that the number of uses for Glass will eventually match the number of its users, but I can think of a few that I can share.

First up: sex. Ever wanted to see what your partner sees during sex? If you both put on Glass units and shoot video, you can, after the deed, watch from the other person’s view. Video conferencing will change, as cameras won’t be stuck to the front of ungainly monitors. Video playback will become, eventually, strapped to your face. Taking pictures will change, as the number of moments you have your camera at the ready will grow ten fold. Tutorials will become first-person. You can have a poker odds calculator on your Glass, as you play, to help you make the best moves. A stock ticker on the display could help you trade. Updates could ping there, keeping you on schedule, even as you bike to work. Text messages that are hands free, along with responses.

The list goes on. You can fill in the blanks for yourself.

Glass is future tech, that is being built now. Expect kinks, delays, prices that are too high at first, and a host of other issues. But it appears that Google is putting up the money and manpower to pull that off, and that is damn exciting.

It’s a couple of hours after the Glass demo, and my tech obsession is still tingling. I’ve said it before and I’ll reiterate – I’m hugely excited for the promise that Glass makes. But I also think that many people are missing the point. Glass isn’t about sharing, it’s about retention. 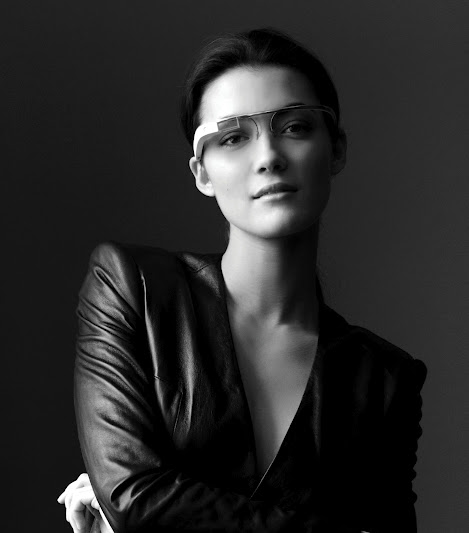 Unlike Alex, who immediately comes up with…ahem…unique ideas for what he’d do with Glass, I think that there’s something innately personal about the device, as well as the service that it offers. I tend to share a lot of information, but increasingly I find myself looking for more and better ways of exploring the world around me. Glass has the ability to make this happen.

It’s not about jumping out of a dirigible or scaling down walls while beaming video to your friends. Glass is about a new and better way of augmenting your memory of doing these things. It’s about instant access to information, without pulling your phone out of your pocket. Glass is about adding to your world in a way that, until today, took far more than just a pair of glasses.

The ever-sensible Jolie O’Dell has penned a beautiful version of her thoughts about Glass over on VentureBeat. I understand her curmudgeon status, and I can still appreciate the desire to unwire even for those of us who are the most plugged in. Though I can’t help but wonder if maybe we’re all getting Glass wrong. While Google’s ideal world would have us sharing everything that we did to our Circles, my Glass-enabled existence will have much more to do with learning and retaining than sharing.

I look forward to the day when I can wake up, don my Glasses and head out the door. I anticipate apps that will let me take photos at different intervals any time that I’m near X location. I can’t wait to look back on images that I’ve captured of time spent with my kids that I might not otherwise have remembered to snap. I anticipate trips to museums, travels around the world and dining experiences guided by more information than I’ve otherwise had available.

This is the promise of Glass, and I absolutely can’t wait to get started. Glass is, to me, the most exciting consumer tech innovation in the past few years. I want the world that it can provide, and I’m excited to see what people smarter than me will enable because of it.

That’s our take. The comments are yours: what would you pay for a Glass, and what will you use it for, once you get your hands on one?