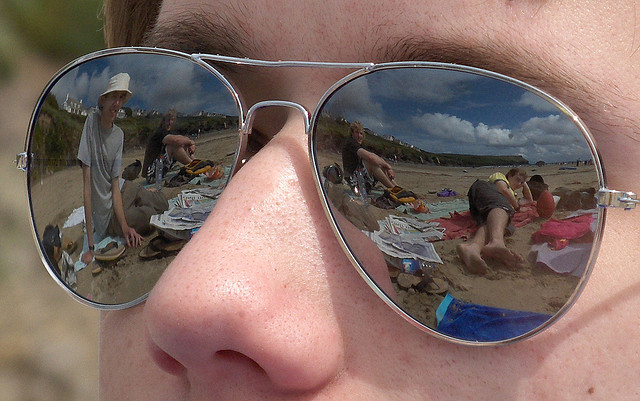 Google doesn’t make it practice of teasing things before they’re released. Usually, things like Google+ just “happen”, and we’re left to wonder what the story is behind the project. Sure, we hear a lot of about the self-driving car, but there are legal reasons why we all can’t buy one yet. Plus, it kind of requires testing in the wild.

It’s been interesting to watch Project Glass (or Google Glasses/Google Glass depending on who you ask) appear on TV, at parties, fun with family, and during a Larry Page Zeitgeist session.

The fact that Google’s CEO wore the product during a 20 minute conversation about the “future” is no mistake. The company clearly has big things in store for Project Glass, much more than you might think.

During its original “tease”, Google led us to believe that this was a project that the company was tinkering on during “20% time” in a secret lab somewhere on campus. That thought definitely increases its cool factor, but with the release of this video, the product might be closer to market than previously thought:

Sure, it doesn’t have all of those Terminator-like features that were originally demoed but don’t most earth-shattering products iterate over time? Apple launched the iPhone without an App Store, which is easily the most important part of the iOS experience. It’s not that Apple hadn’t already thought of the App Store, it’s that they felt that the product it built was way better than anything else out there as it stood.

I think it’s safe to say that if Project Glass was to hit the stores tomorrow, people would be lining up to buy them. Wearable technology is a hot upcoming trend and if Google wants to own a large share of that market, it has to get there sooner than later.

Something like Project Glass could be improved over time through software updates, so holding onto it too long and teasing it out too much could instantly turn it into vaporware. There’s a reason why Google is making sure we see these things in a different setting every week or so, and I think it’s because they’re not far off from being available.

I’m not of the belief that Project Glass will be available in Best Buy next week, but I wouldn’t be surprised to see them mass marketed before the end of the year.

How much would you pay for Project Glass?

Read next: You can now snap photos during livestreams on YouTube using FRONTROW