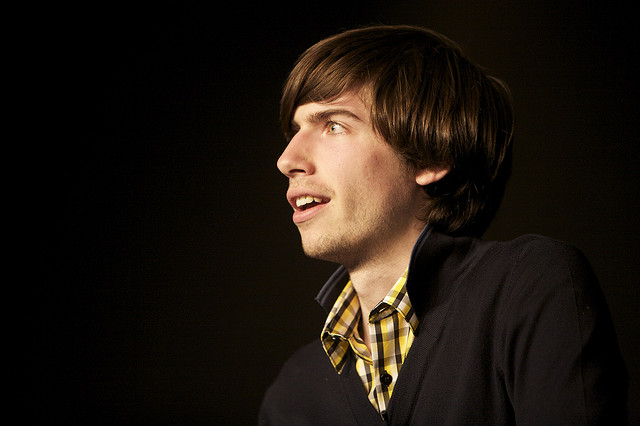 Tumblr’s CEO David Karp spoke to Crunchfund’s MG Siegler today at Techcrunch Disrupt about the current status of the company he founded in 2007 and dropped some interesting knowledge.

One of the interesting things to note is that the pair announced that Crunchfund is now an investor in Tumblr, which is a huge feather in Crunchfund’s young cap.

Siegler also asked Karp about Tumblr’s similarities to Pinterest, which recently joined the billion dollar valuation club, and Karp had an interesting response:

We try so hard not to see anyone in this ecosystem as a competitor.

Does that mean that Karp feels like Tumblr is a billion dollar company? He didn’t say as much, but it’s clear that the company is laser-focused to stay its own unique business, one complete with a business model.

On how important social media has become, Karp shared that the bulk of traffic that Tumblr sees comes from Twitter and Facebook. Not Google. This isn’t surprising, but speaks volumes about the real-time value of Tumblr. While most blogs rely on Google for the bulk of its traffic, Tumblr has carved itself a niche that is a hybrid between real-time and static content. Basically, the company has built the best of both worlds.

Read next: Flash Valet - If Uber parked your car, it would work something like this