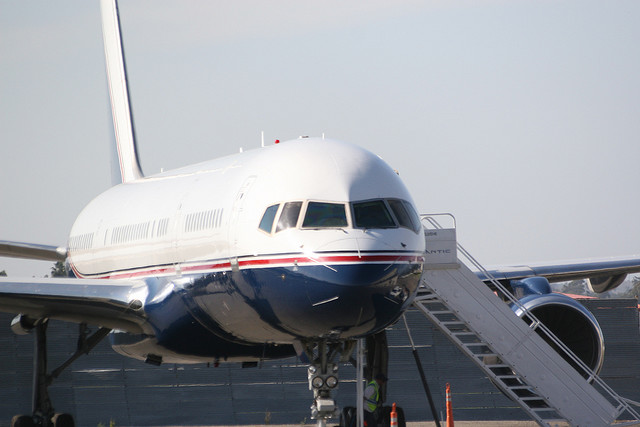 A deal between Google and NASA is to be investigated by US Senator Charles Grassley over ‘benefits’ the search giant’s have enjoyed following its use of NASA’s Moffett Federal Airfield in California to store and operate its fleet of Google aircrafts.

Grassley sent letters to both parties in April but announced publicly on May 15 that he was asking NASA to respond to allegations that Google was leasing space at the airfield at a rate below market value. Whistleblowers also told Grassley that Google was purchasing jet fuel from the government at a “discounted price.”

US rights organisation Consumer Watchdog backed calls for an investigation, dropping a press release that referred back to a January 2012 report that accused Google of “inappropriately benefitting” from its ties to the Obama Administration, including how it is now utilising a “taxpayer-subsidized private airport for [its..] corporate junkets.”

Grassley has given NASA Administrator Charles F. Bolden, Jr until May 25 to respond to his questions,  which include:

Google co-founders Larry Page and Sergei Brin, and chairman Eric Schmidt have reportedly lent their full support to the restoration of Hanger One, perhaps the airfield’s most iconic hangar, in return for a long term lease that would store the leaders’ eight private jets. Page, Brin and Schmidt are said to have provided $32 million to restore the structure.

In it’s Annual Report to shareholders, Google declares its use of private aircraft, some of which belong to its Chairman: Eric Schmidt:

Eric beneficially owns 100% of one aircraft and 33% of another aircraft, both of which are used by Eric and our other executive officers from time to time for business trips. The reimbursement rate for use of these aircraft is $7,500 per hour. The board of directors approved this hourly reimbursement rate based upon a competitive analysis of comparable chartered aircraft and which our board of directors determined was at or below market rates for the charter of similar aircraft.

The report doesn’t state its agreement with NASA, which is probably why Senator Grassley and US watchdogs are pursuing answers over reports of government assistance.