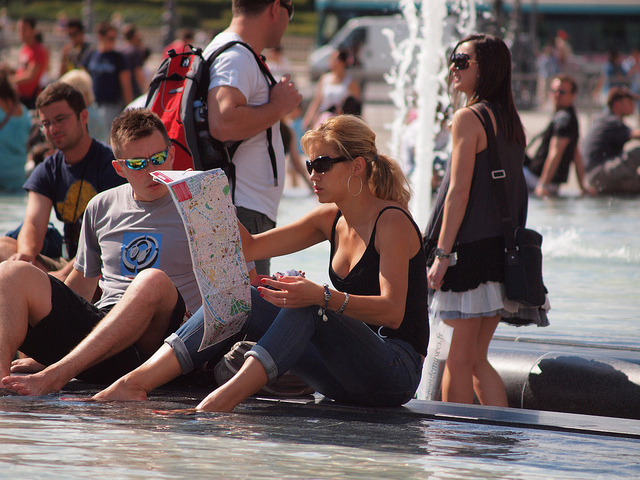 Facing difficulty competing with Google’s own Maps application and rising levels of piracy, satellite navigation app maker skobbler has been forced to pull its Android application skobbler Navigation from the Android Market. Instead, it will focus on development of its apps on Apple’s iOS platform.

skobbler co-founder Marcus Theilking says the company’s decision was “a strategic one,” adding that despite the increasing popularity of Android devices and the Android Market, its “success with Apple’s model and the difficulty in mapping this directly to Android left us with a decision to make in order to maintain the high quality of our software and manage frequent updates that have made skobbler so popular with Apple users.”

Android piracy also gets a mention, with skobbler referencing a recent Flurry report that states that iOS developers are seeing up to four times the revenue from the App Store than the Android Market thanks to high levels of app cracking on Google’s marketplace.

“Most would agree that finding success and a profitable business model for an Android-based sat nav rival to be an uphill battle,” skobbler says in its press release.

Competing with native services on modern smartphone platforms is never easy but skobbler, which utilises the free to license OpenStreetMap platform (think of it as a Wikipedia for maps) to provide its mapping data, found it increasingly difficult penetrate the Android Market as Google Maps dominated usage on such devices.

Not only does Google Maps come embedded in each Android device, it also provides one of the most comprehensive feature-sets of all modern smartphone satellite navigation apps.

Despite pulling skobbler Navigation from the Market, the company still wants to remain an Android developer and will continue to offer its ForeverMap apps, which offer offline mapping data to users, and license its data to third-party apps.

Many app developers have lamented at the frequent Android firmware upgrades, Google’s hands-off approach to curating its app store and ease at which apps can be cracked as reasons to drop support for Android devices — skobbler is just the latest in a long list. The company even calls for Google to “revisit its strategy in promoting the development of apps”.

The App Store is approaching 25 billion downloads, dwarfing that of its Google rival (which is believed to be around the 8 billion download mark), so it’s no surprise that developers are focusing on Apple’s marketplace in order to maintain profitability and justify development time. Skobbler already has 1.5 million users on iOS devices alone.

Google has been making strides in reducing the levels of fragmentation and requirements to support different form factors, but its job is far from over. With better developer support and increased download volumes, Apple shows no sign of relinquishing its grip on app downloads.