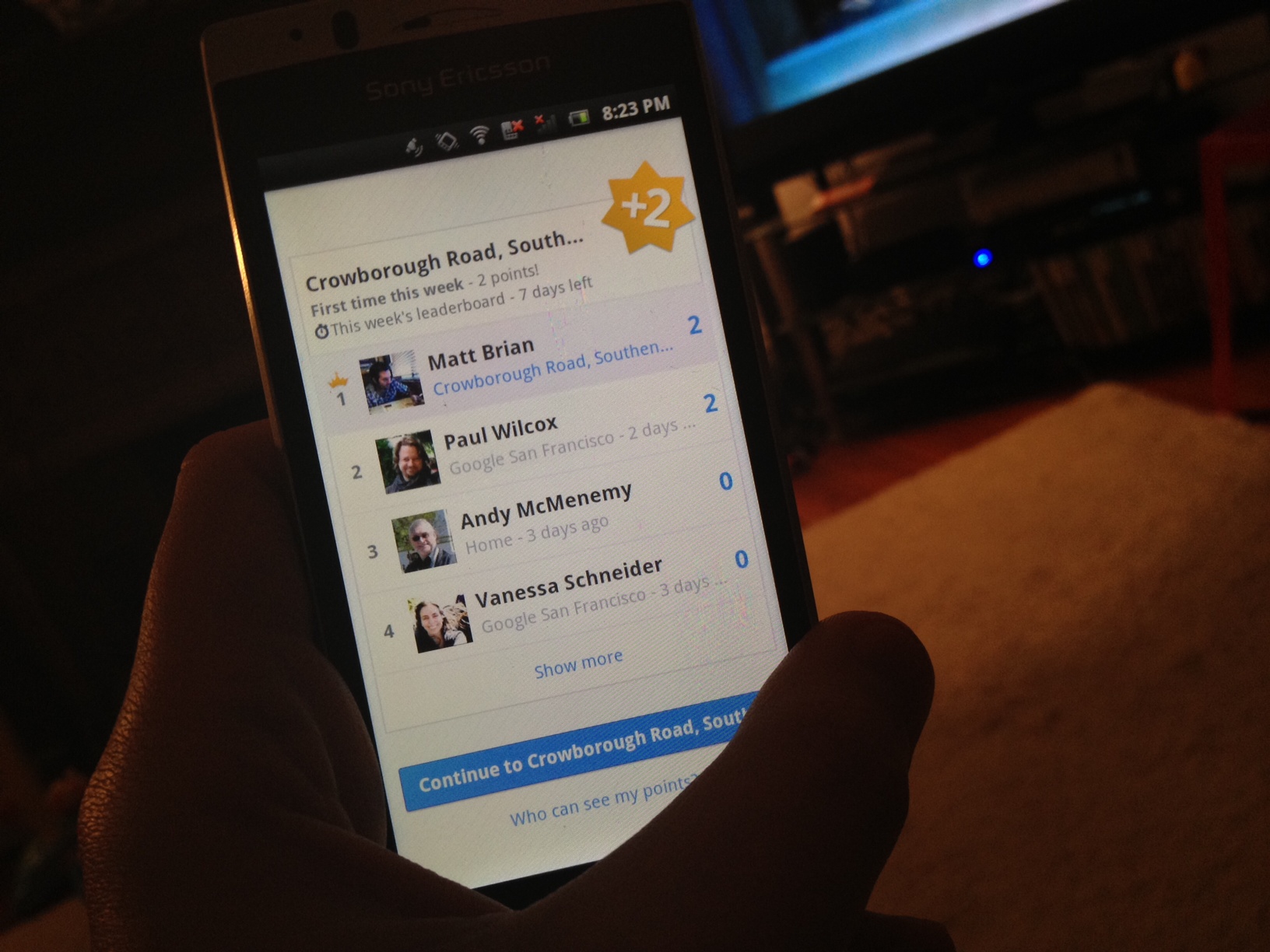 Google’s recent update to Google Maps for Android hit the Market with a small changelog of bug fixes and improvements to battery performance, but the search giant also appears to have added a new gaming element to its Latitude location service.

Google has one reference to the new feature, buried deep within the Support section on the Google Maps for Android FAQ, where it says:

Now when you earn points from checking in at different locations, you’ll be able to see how the number of points that you have compares to your friends’ with the leaderboard.

Google undoubtedly has plans to integrate the feature into Google+ some way or another, given that it explains that points will be made visible to Google+ users (even though they don’t appear to be):

Your points may be visible to other Google+ users, making it easier to find friends and play together. As always, your location and check-ins are visible only to those whom you’ve shared.

Check-ins display on Google+ but there are no additional notifications to suggest it may be part of the new Leaderboard feature.

And if it hits Google+, we suddenly have a Foursquare competitor on our hands. The feature is certainly eligible for inclusion in the Google+ iOS and Android apps, making it available to its millions of mobile users. The score system is certainly similar to its more established location rival but Google has its large number of services and users to call upon.

Engadget notes that the feature may not be available to everyone, and Leaderboards only seem to be accessible once the user has checked in. That isn’t to say that things won’t change, if Google decides that Latitude Leaderboards is ready for prime time.

If you haven’t updated Google Maps for Android, hit the Android Market and have a play with the new feature, then work out if it can replace the Foursquare app on your device.

Read next: Why Amazon, Hulu, and Netflix's move to original content is game-changing