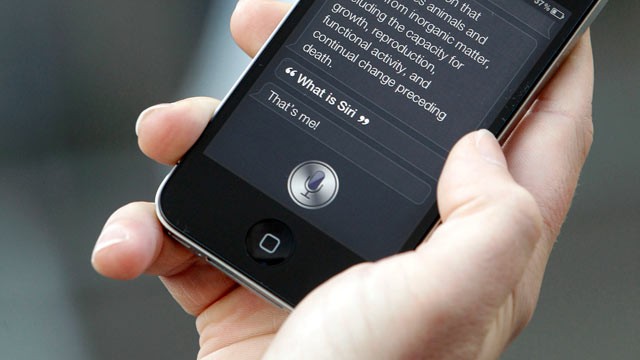 With the launch of the iPhone 4S, Apple introduced its new voice-activated virtual assistant Siri to early acclaim, immediately sparking a rush for developers to offer the same functionality on Android smartphones.

Whilst Iris, Vlingo, Cluzee and even Google’s own Voice Actions have bridged the gap, none have delivered the same level of polish on Android that Apple has managed on the iPhone 4S, despite numerous reports of the technology not recognising commands or accents.

On Wednesday, “Siri for Android” by app publisher “Official App” hit the Android Market, launching on the Google marketplace to deliver what many are going to believe is an official port of Apple’s Siri software to Android smartphones. In reality, it’s a shortcut that launches Google’s built-in Voice Actions — and it’s already been installed on more than 1000 devices.

The app developer doesn’t hide the fact that Siri for Android a simple app launcher in its Android Market description, stating:

Siri, now for your Android device!

This application is a Siri icon that opens “Google’s Voice Actions” app.

Experienced smartphone users will immediately recognise that the app is bogus, in fact a small number of users have given the app low ratings to ensure that it doesn’t start to trend in the Android Market download charts. The problem here is that hundreds, if not thousands, of Android device owners have already been sucked in by the app and downloaded it onto their device — smartphone users new to the platform may know no different and download it also.

Given that Google employs little-to-no checks on its marketplace, developers such as “Official App” do not have contend with application approvals and can launch copyright/trademark infringing applications in minutes. There is also nothing to say that a developer could have sideloaded malware into the app, using the brand name to ensure thousands of installs.

The developer has also submitted an “official” Pinterest app, which has topped 10,000 installs already. Again, the app redirects users to an existing functionality, in this case Pinterest’s mobile website. Users don’t seem to recognise this either:

How long these apps will stay on the Android Market is unknown, Android users may have already begun to report the apps. We have reached out to Google to clarify the status of Siri for Android and will update this article should we receive a response.

Read next: China uses the Internet to turn retired army officers into entrepreneurs