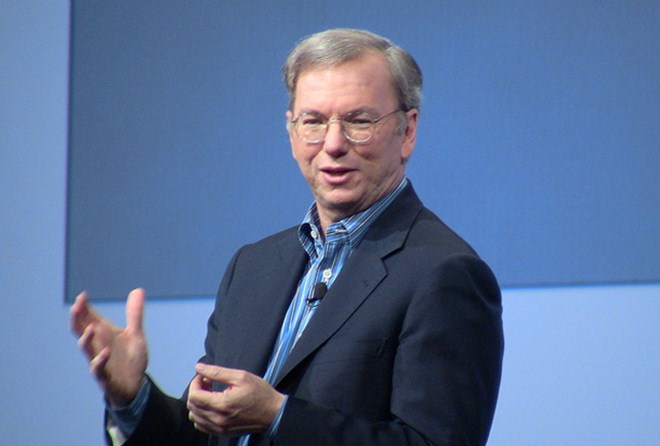 Google executive chairman Eric Schmidt has spoken about how he believes technology can change the world by bringing greater information, transparency and values to Internet users across the planet.

Speaking at The Economic Club of Washington’s event earlier this month, broadcast by C-Span yesterday, Schmidt opened by stating that technology, and the Internet in particular, is an enabler that can help people push themselves forward:

All of us would agree that people can search for their dreams, they should be able to archive what they really want.

Schmidt spoke of the emergence of two rival systems which are being brought together by the Internet: offline institutions — such as government, politics and law — and cyberspace.

They are getting into conflict in some governments and places, as technology is empowering people in ways they have never been empowered before. You can think of this as a community of citizens and a community of governments.

As technology develops and time passes, Schmidt believes that “a new equilibrium will emerge” to serve both communities in different ways. Cyberspace, he says, will ultimately serve to keep governments more honest in many ways, while equally government will have influence on the negative things that happen in cyberspace.

Schmidt continued on to look at exactly how the Internet and leading tech companies are helping to improve live across the world, saying:

Technology is at a point where we are  seeing emergence of global scaled platforms, that are impressive in their reach, with a chance to change the world.

He specifically identified four companies — Google (of course), Apple, Facebook and Amazon — as those which have platforms that are impacting political and business systems across the world.

Construction of these systems is the probably most important business today. The combined market value of these corporations is very high, but they are just beginning. Within 10 yeas, computers will be 30 times faster…which will allow us to do amazing things.

The Google chief firmly believes that the Internet can make an unprecedented difference across the whole world:

My view, is that we should be very optimistic about all of this. The world isn’t perfect but it is going to a much safer and more informed place. The things that [the US] can bring to the world really will change a lot of these countries and lift people out of financial poverty, and information poverty.

Schmidt highlighted the captive market for these changes by pointing out that, in some countries, people are placing greater priority on having a mobile phone than getting running water at home.

Speaking about the future, Schmidt is optimistic that computers and artificial intelligence will not take over the world. Instead he believes that a complimentary scenario will emerge:

Schmidt believes that the value of mobile devices is the networks of information that they are connected to, rather than the device itself:

I don’t think of this as my phone, it is my personal super computer that can answer any question that I care about in life.

Tablets and mobile devices are often referred to as points of access, and Google is continuing to invest it its network, having recently broken ground on two new data center in Asia, amongst many of its other projects.