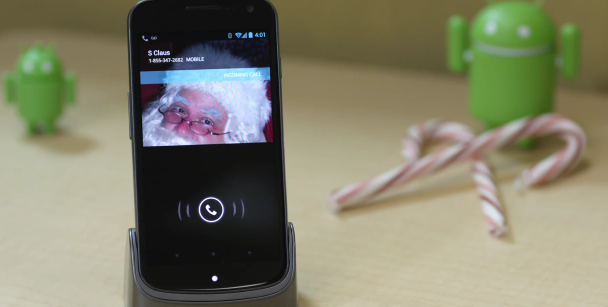 Android devices suffer from a systemic lag problem that Google can’t seem to fix. It’s been one of the hallmarks of the OS since its release and just hasn’t gone away, even as subsequent devices grow more and more powerful.

I’ve been playing with the Galaxy Nexus for the past few days and I can tell you that, while it has improved with the latest version, Ice Cream Sandwich, it is still very much present. That’s why I found it fitting that all of the devices in this holiday message from the Android team seem to suffer from the endemic lag.

There are a lot of reasons that Android developers haven’t been able to rid the system of its lag issues, not the least of which is a dependence on web technologies for animations, even with the new hardware acceleration of Android 4.0. I’ve grown to feel that this ‘stickyness’, or lack thereof, is a sort of meridian line that the Android OS has to cross before it will truly come into its own as a more customizable, yet just as polished, alternative to Apple’s iOS.

Hopefully they will find a way to cross that line soon, until they do, iOS will always have the leg up when it comes to fluidity.

Read next: If Siri starred in a cheesy horror movie, this would be its trailer