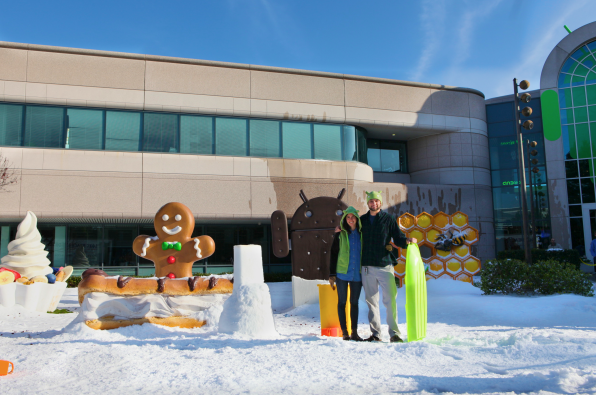 Google is located in almost perpetually sunny (sometimes foggy but rarely snowy) Mountain View, California. So when Google wants its employees to enjoy a bit of the seasonal white stuff, it has to truck it in.

This is what the Google campus’ front lawn looks like decorated with its array of Android-version statues and a bunch of fake snow. The snow is made by shoving huge blocks of ice into a shaver, which then shoots it out of a hose.

If you look closely, you can see that the main building looks like it is being dressed up like an Android, with two antennae and some green wrapping.


Read next: Brazil gets iPhone 4S tomorrow night, price and lack of Siri has retailers jumpy