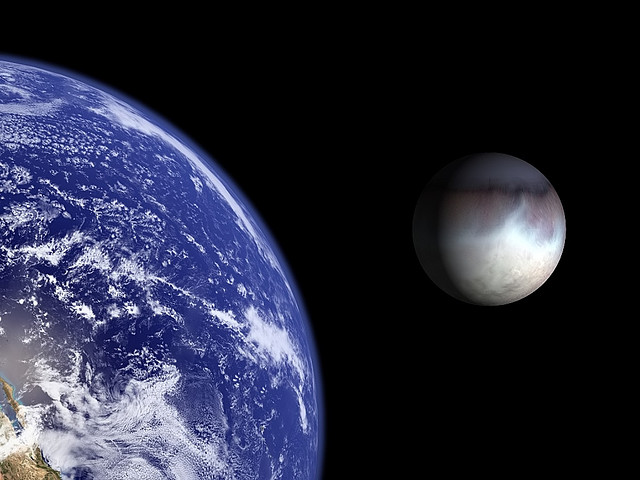 While we’ve known for quite some time that the Earth isn’t flat, it doesn’t make this display any less impressive.

In 2009, Google debuted a technology called “Liquid Galaxy” that was able to display a Google Earth map on a whopping eight screens. At the time, that was insanely impressive. Three years later, that modern marvel has been wiped out thanks to this display in Paris, which includes 48 screens.

Here’s what the Google LatLong team had to say about the feat:

Late last year, the Paris Center for Architecture and Urbanism: Le Pavillon de l’Arsenal, approached us asking if they could use Google Earth to power a new interactive display highlighting the Paris metropolitan area in 2020 with upcoming buildings in 3D. Naturally, we were excited about the project, especially when they shared that the display would be 40 square meters – posing a fun and unique challenge.

A year later, we are excited to share that the first 48 screen Liquid Galaxy is now on display in Paris. We believe this to be the largest screen showing Google Earth to date!

You have to see it to believe it, so watch the video below showing the assembly of this beast:

Think you can do better? Google will be open sourcing the technology behind this project, so that you can take a stab at making the world’s largest display of Google Earth. Do I hear fifty screens, anyone?

Read the latest Google news every day at TNW Google.