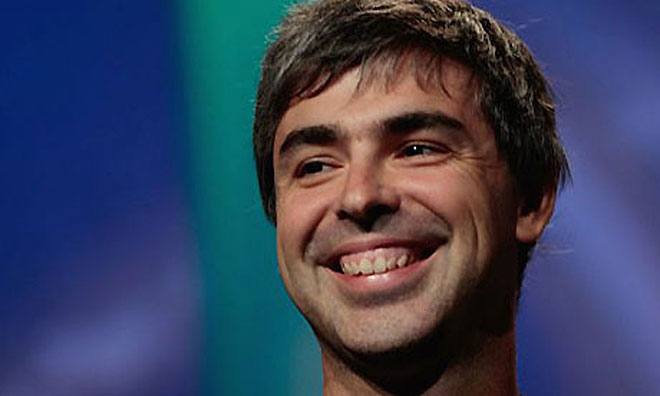 Larry Page, CEO at Google, has just passed Facebook CEO, Mark Zuckerberg, as the most circled person on Google+. At the time of this posting, Page has reached over 598,865 “followers” on the budding social network, while Zuckerberg is off by a hair at 598,861.

The competition between the two has been neck and neck since Google+’s launch in July. Our very own data-information site, Social Statistics, has managed to keep track of this race since the social platform’s inception and all the way up to the present where Page has now finally whipped past his rival.

Though I can’t say that Page is much of an “underdog”, Zuckerberg has undoubtedly dominated the majority of the journey. To see Page finally overtake the Facebook CEO is a refreshing feeling for those rooting to see Google+ succeed, I’m sure, as it represents Page’s more-established presence as a public figure on the platform. I’m just surprised it hasn’t happened sooner. After all, how can you not love that boyish smile?

Please note that the screenshot from Social Statistics displayed below was captured shortly after I had discovered the ranking change, so it does not exactly reflect the data above.

But wait just a minute …

The first question I just have to ask is, how in the world did Zuckerberg manage to curate so many followers when he shares absolutely nothing publicly on Google+? I, like the majority, remain one of the unfortunate Google+ users who Zuckerberg does not “circle back”, so even if he is sharing amongst his private cliques, I wouldn’t know. This leads me to believe that he is simply a person of presence whose name is well-known enough in the mainstream world to acquire followers easily.

As for Google’s Page, he tends to share fairly frequently on the platform. I assume this is to follow the “eat your own dogfood’ rule that we’ve all heard sites ranting about in the past few months. His most recent publicly shared post at the time of this report features an interview clip from the Web 2.0 Summit involving Google’s Senior Vice President of Enginering, Vic Gundotra, and Google Co-Founder, Sergey Brin. Gotta love that team spirit, right?

See below for Google+ Profile screenshots for both Larry Page and Mark Zuckerberg.


Read next: Kindle users getting theirs hands on Steve Jobs biography NOW (update: now available in iTunes too)