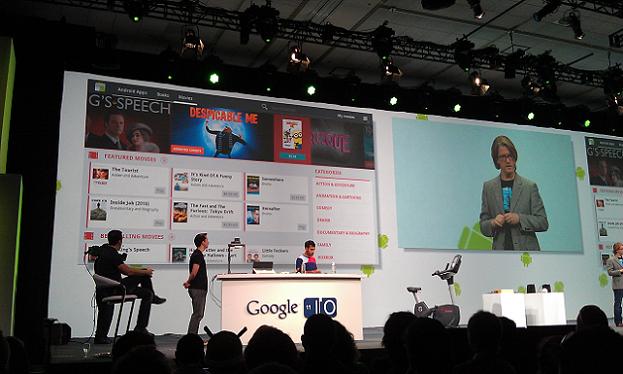 Having announced that movie rentals would be coming to the Android Market at its I/O conference and launching in the U.S, Google has rolled out its movie service for Android devices in the UK, making available over 1,000 titles available to UK film fans.

The Telegraph reports that UK users will be able to rent films from £2.49, requiring the downloading of Google’s own Videos app to watch devices on their smartphone or tablet. The app should be bundled with Google’s Honeycomb 3.1 release, meaning new tablet owners will be able to watch films to their device straight after purchase.

Google’s new marketplace also allows user to explore the catalog on the device and on the web-based market (adding to Apps and Books) and when chosen, the film will be available for 30 days from the payment date, so there isn’t a rush to watch the film if you don’t have the time.

However, once you do start to view a film, you will only have 48 hours to finish watching it – but you can choose whatever Android device you want to watch it on.

The catalog has a mix of new and old titles; Bank Job, Bend It Like Beckham and Reservoir Dogs are on the front page at the time of writing, but Priest and Green Lantern are also available to rent, showing the depth of films available to Android users.

Read next: The number of registered .com domain names will soon hit 100 million