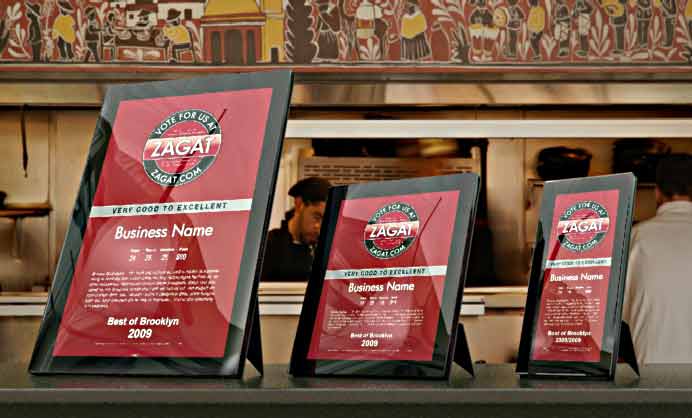 Google has toyed with local ratings, search and reviews for quite some time, but it appears the the company is now very serious after an acquisition of ratings-mogul Zagat. It’s not a terribly surprising move, when you look at Google’s history with local, ratings and the like, but it’s probably not the one that we thought the company would make. In fact, this might have very little to do with local, from a macro scale.

Zagat is an older company, founded in 1979. For years it published guide books (yes, the kind with pages and such) that would let you know what was worth seeing and worth skipping in a particular city. Zagat claims a veritable army of 350,000 site surveyors and has actually been up for sale (at least officially) before in 2009.

Around a year later, in 2009, Google was in heavy talks to acquire Yelp. The offer, as we heard at the time, was around $500 million. Google has pushed forward with its local focus, including products like Google Places, a hotel finder and even using Yelp’s database to hone its own local offerings.

Obviously, this made Yelp none too happy and Google has actually moved away from the practice in its raising of the Hotpot product for local results. Yelp has had its own share of troubles, however, with the talk of extortion when it came to removing bad reviews from the service. The case was even brought to court, but later dismissed.

All the while, Zagat has been in the background, with a throng of loyal fans and users. Since Zagat is privately owned, we don’t know what sort of money the company has managed to gather, but you can bet that the $200 million asking price from 3 years ago was left in the dust by today’s market.

Now here are some interesting thoughts about why Google has made the purchase, and what happens next. First off, it leaves open a number of doors. It’s almost certainly a name and data buy, whereby Google now has access to the Zagat brand and all of the information that it has stored. But beyond that, the obvious open door for Google is one that will still let it acquire more specific systems. The first one in my mind? Ratings and recommendation engine Forkly.

The beauty of the acquisition is that it gives Google, in one fell swoop, the ability to show Zagat ratings instead of Yelp data in search results. It’s a win/win for Google and Zagat, as the Internet generation is likely more familiar with Yelp, even if Zagat has been doing the same business longer and (arguably) better.

Google has released a statement about the acquisition, and it’s what you’re likely to think:

Moving forward, Zagat will be a cornerstone of our local offering—delighting people with their impressive array of reviews, ratings and insights, while enabling people everywhere to find extraordinary (and ordinary) experiences around the corner and around the world.

But I see this as a much more powerful play than just local offerings. This, combined with Google’s purchase of ITA and its hotel reviews puts the company firmly into the travel business, with more offerings than almost anyone else in the business.

So sure, local is nice. But a one-click move into the $19 billion annual travel business? That’s a massive, powerful play.

Read next: PlusClout lets you know how influential you are on Google+