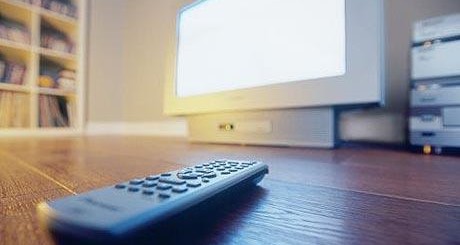 Google’s Chairman Eric Schmidt today announced that Google TV will be coming to Europe early next year, including the UK, during his Mac Taggart lecture at the Edinburgh International Television Festival. Schmidt also spoke on a wide array of subjects including copyrights, the future of television and more.

“Just as smartphones sparked innovation in the internet,” Schmidt said, “we think that Google TV can spark that same kind of innovation in television.”

In regards to concerns about Google’s stance on copyright infringement with YouTube, Schmidt stated that Google’s average response time for removal of content that had claims against it is 4 hours, which he considered fast when you look at the scale of the content numbers they’re publishing. “We’re not your enemy,” Schmidt said, “we want to help.”

Schmidt also attacked UK television regulators as ‘the boogeyman’ that would restrict the growth of internet enhanced television. “To compete on the world’s stage, your content business needs the freedom to operate more like internet companies,” he said, decrying the over-regulation of UK TV, “Imagine if Facebook had to undergo the same regulation that television does, there would have to be a different Facebook for every region…and you can forget about poking!”

Addressing the UK television industry as a whole, which he complimented throughout for its quality, Schmidt said, “In this journey, Google really does seek to be your partner. You guys really did invent this stuff, you really are better than anyone else. So let’s think big, let’s think global and beyond the TV box.”

Schmidt also announced a partnership between Google and the National Film and Television School to help instruct students in the UK on how to use YouTube for publishing.

We reported that the internet-connected TV device was rumored to be coming to the UK earlier today, but this the first official confirmation directly from Schmidt.

Read next: How Chilean-born Arcaris is bringing gamification to call centers