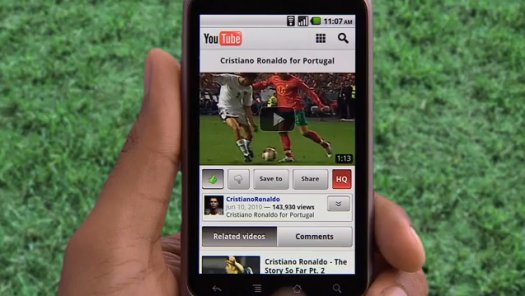 Bloomberg reports that YouTube is currently in talks with major mobile operators, as well as handset manufacturers to pool efforts to reduce the impact of video content on clogged telecommunications networks.

Andrey Doronichev, a YouTube executive that handles the company’s mobile offering, said in an interview that they are “in the middle of the process,” without revealing any of the names of the operators and manufacturers.

France Telecom, which claims “Google and Apple are overloading networks without contributing enough to their upkeep,” is reportedly in talks with Google to develop network technology, according to two people familiar with the situation.

“One could imagine services that would allow people not only to get their content closer to the customer but also then to have it delivered faster or with higher quality to the actual device,” said Vodafone’s public policy director Richard Feasey.

Read next: Jeff Bezos-backed Doxo puts a digital filing cabinet in your iPhone