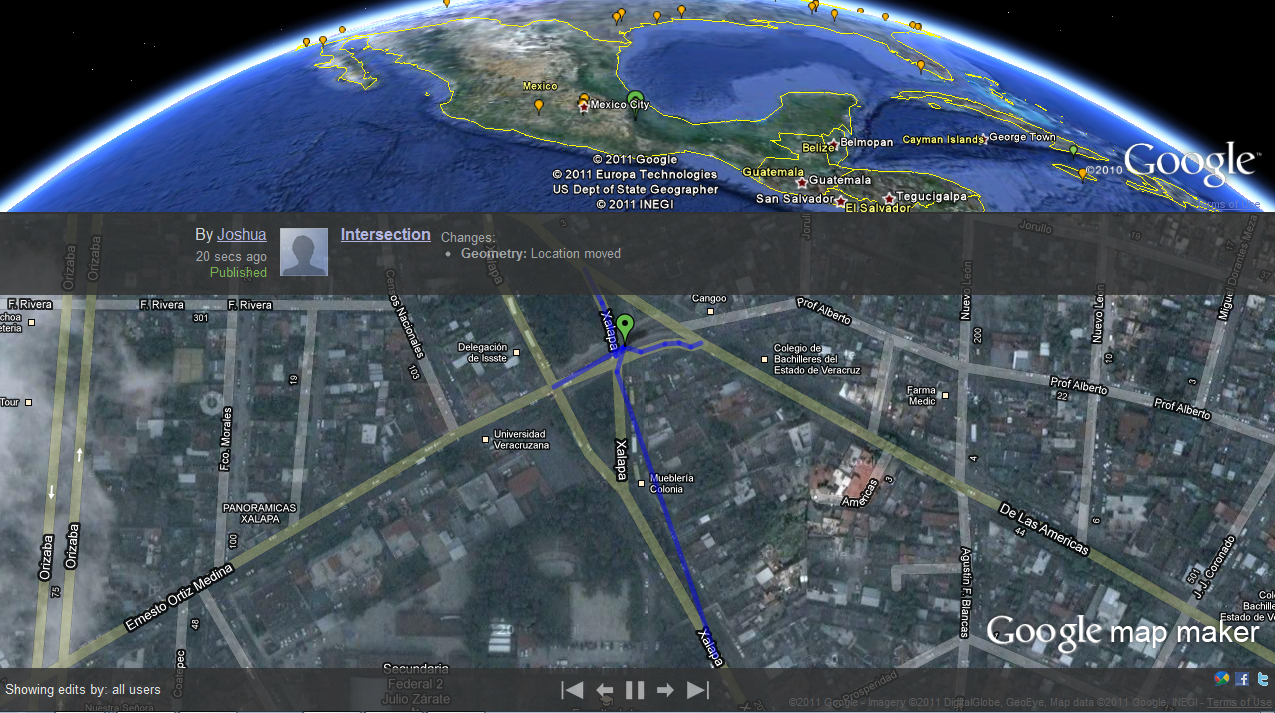 Google has recently released its Map Maker tool for Google Maps in the US and the tool promises to further improve Google’s already impressive location-based services.

Mapmaker gives users the ability to edit Google Maps location data, all the way from business phone numbers and other information to adding roads, streets and paths where they do not appear on the map. It even offers users the ability to mark out suggested walking and riding paths to help improve the walking and biking directions given by Google Maps.

Map Maker is the brainchild of Lalitesh Katragadda and Manik Gupta, two Indian Googlers who noticed that many of Google’s maps in India were severely lacking in information. With some digging, they realized that this was a common problem in many of the less-mapped countries Google operated in.

Map Maker started as a tool to fill in the blanks on many of these nations’ maps. For example, before Mapmaker, there had never been a detailed map of Dharamshala, a hill station famous as the home of the Dalai Lama, because of the town’s winding maze-like alleyways. On colonial maps, the town is represented as a straight line, because british cartographers couldn’t map the side streets. Indeed, nor could Indian cartographers. It wasn’t until the rise of Mapmaker that the town’s side streets were mapped.

Katragadda realized that there was a secondary use for his team’s product, too, as the new, more-accurate maps provided valuable information to emergency responders in the event of a disaster. Responding to their feedback, the Mapmaker team added fields for building data for locations, allowing users to input floor area and number of floors, data that can save lives in the event of a disaster.

Users have come up with other novel use cases for Mapmaker and its collaborative editing, as well. Adam Lasnik, the US Program Manager for Mapmaker, told me an interesting story about users of the service. “One of our most prolific US users is a woman with over 100,000 edits. The interesting thing is that the vast majority of her edits are in Senegal, a place she’s never been before. How and why does she do it? Well, she has an academic interest in the topic of Senegal, so she looks at the satellite images and creates roads where they show up in the images, then lets local users fill in the data, which they often do quickly.”

However, Map Maker’s coming out party really came on May 2nd of this year, when Mapmaker users correctly pinpointed Osama Bin Laden’s compound in Abbottabad, Pakistan only a few hours after his death based solely on vague information given by the US government and local sources.

This vibrant user community was what struck me most about my experiences with Map Maker. Only a few weeks after its US launch, the service has already built a surprisingly large community of users, with every edit I’ve made using the service netting at least two or three comments, approvals or even simple thank-yous. There is a real sense of community among users of the service, and working with a group of users to map an area is a satisfying and oddly addictive experience.

What’s more, the program is incredibly simple to use. You just visit the Map Maker site, and you can immediately start mapping your neighborhood. The interface is familiar to anyone who’s ever worked with Google Maps or has ever filled out a Google Docs-based survey. Just find what you want to add and then it’s just a matter of outlining a path, or a street, or even highlighting the borders of a building with a few clicks. Users can even watch a real-time stream of edits from users around the world.

Edits are approved by the robust community approval system that Google has built. Anyone can offer feedback on edits, but the system only implements changes when there is consensus among reviewers or when a trusted user signs off on an edit. This keeps spammy changes to the service to a minimum, a welcome safeguard given the recent glut of spam on social networking sites.

It seems as if Google has found an excellent balance of functionality and usability with Mapmaker. Mapmaker is easy to learn, intuitive to use, and does its job adequately. And somehow, Google has managed to take a seemingly banal task, correcting mistakes on maps, and has made it collaborative, satisfying and even (dare I say it) fun.