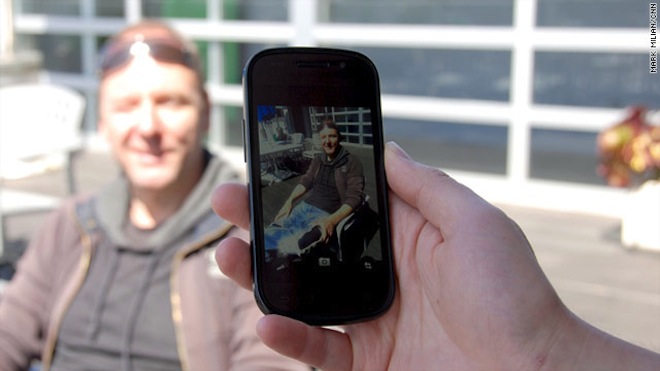 By now you’ve likely seen the news around the Internet that Google is working on a facial recognition application that would allow you to scan someone’s face and then find out information about them. The report, which originated from CNN, quotes Googler Hartmut Neven in a number of different statements, all of which seem to point that Google is indeed working on the project.

But a statement from Google seems to prove otherwise.

Speaking to a Google spokesperson, the company has done its best to lay the story to rest:

As we’ve said for more than a year, we will not add facial recognition to Goggles unless we have strong privacy protections in place. We’re still working on them. We have nothing to announce at this time.

And now the questions start flying. Is Google really working on something of this nature? It wouldn’t be out of reach, given the company’s interest in scanning, near-field communication and social networking. Or perhaps CNN has simply gotten its wires crossed in how it interpreted the quotes from Neven.

At any rate, the CNN reporter states that Google is “arguing semantics”, so I’m sure we’re still a bit away from being able to lay this story to rest.

Whatever the case, you shouldn’t have to worry about having your face scanned just yet. While the idea isn’t so far fetched — a better, more useful version of a business card, perhaps? — it’s certainly not something that Google would be rolling out without some major public information. After all, 20 years of privacy investigations should be enough to make any company re-think how they’re doing things.

Update: It seems that what we have here is a case of the telephone game. According to Google, there are factual elements of the CNN story. However, the reporter seemed to be asking about hypotheticals and then turning that more into a story of “here’s what is happening”.

It is very typical for Google to not comment on products that are not yet public, and a question to Google about whether or not the company could be working on such a product internally was met with a response stating that I was asking Google to speculate, and the company would not do that.

As it stands, it’s not a full-out denial from Google that it is building a product that would do facial recognition. Mind you that the statement says “we will not add facial recognition to Goggles”. That doesn’t meant that there is not a separate, unrelated product that is being built. The devil is in the details, and this story will continue to be interesting for quite some time to come.

CNN has issued a statement, though, which still raises questions:

Google’s claims do not fit the facts of the situation. This interview was prearranged – on the record – and staffed by a Google PR rep, who raised no objections at the time and did not deny what the engineer said. Additionally, we have an audio recording of the interview, as does Google. We stand firmly behind Mark’s reporting.