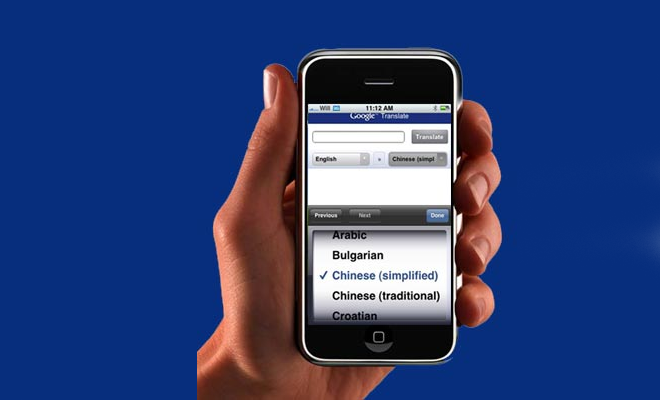 Google just posted on its blog that the Google Translation app is now available  on the iPhone. Until now Google Translate has only been accessible for iPhone users via the web app. The native application is similar to the web app with a few improvements.

Speak to translate: Talk into your phone and it can be translated to 50 different languages. It currently accepts voice input of 15 languages.

Full-screen mode : Enlarge text or phrase, which is a handy feature if you want to show text to someone else when you’re in need of assistance.

The app also includes all of the other important features of the web app, including the ability to view dictionary results for single words and access your starred translations when offline.

Read next: Spotify Heading Stateside in the "Coming Months"