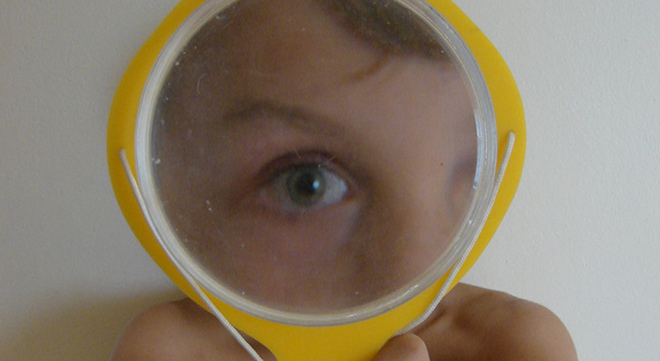 Rather than go all-out and announce its findings via an official blog post, Google initially reached out to Search Engine Land’s Danny Sullivan to tell the tale and he’s written up a lengthy explanation of the story, which we’ll summarise below. When we contacted Google for comment they sent us this fiery missive:

“Our testing has concluded that Bing is copying Google web search results, and Microsoft doesn’t deny this.

At Google we strongly believe in innovation and are proud of our search quality. We look forward to competing with genuinely new search algorithms out there, from Bing and others—algorithms built on core innovation, and not on recycled search results copied from a competitor.”

It appears that last year, Google began spotting a number of signals that made it suspect that Bing results were somehow ‘influenced’ by Google results. Mis-spelled words were in some cases returning the same results on both search engines and there was supposedly an increase in the number of times they returned the same results the same top result, and overlapping top ten results.

Sullivan reports that Google believes that Bing is “learning” about pages users access from Google by using two Internet Explorer features/ Suggested Sites leans about what you visit in order to help suggest similar sites that you may be interested in. Meanwhile, the optional Bing Bar browser add-on for Internet Explorer collects information, according to the install page “To help improve (its) products and services”.

It seems that Google engineers decided resort to some sneaky tactics to prove their suspicions. They created a special code that let them manually rank pages for a specific term. Then they manually added a top search result to around 100 highly specific search terms that otherwise returned zero, just a few low quality, results. Then, during December 2010, a group of 20 Google engineers, using Internet Explorer at home, repeatedly searched for these special terms in Google, clicking on the top results.

Google says that just a couple of weeks later, these “dummy” results began showing up in Bing’s search results. While the results appear to have been removed now, making the searches impossible to duplicate, you can see an example in the images below from Search Engine Land.

If true, it’s a question of intent

We’ve reached out to both Google and Microsoft for their side of this story but even if there’s anything in this story, the big question is intent – has Microsoft been deliberately taking information from the way Internet Explorer users search Google in order to make Bing more ‘Google-like?’.

The tools Google is accusing Microsoft of using to collect this data may well be collecting search information that finds its way into the Bing algorithm but until any intent is proven this could all be little more than a bug or an unexpected side effect of the way the system works.

“As you might imagine, we use multiple signals and approaches when we think about ranking, but like the rest of the players in this industry, we’re not going to go deep and detailed in how we do it. Clearly, the overarching goal is to do a better job determining the intent of the search, so we can guess at the best and most relevant answer to a given query.

Opt-in programs like the [Bing] toolbar help us with clickstream data, one of many input signals we and other search engines use to help rank sites. This “Google experiment” seems like a hack to confuse and manipulate some of these signals.”

Contrary to what Google says, that statement doesn’t sound like direct admission or denial of anything. We’re holding out until we’ve heard a clear message from both sides of the story before we pass any judgement.

“We use multiple signals and approaches in ranking search results.  The overarching goal is to do a better job determining the intent of the search so we can provide the most relevant answer to a given query.  Opt-in programs like the toolbar help us with clickstream data, one of many input signals we and other search engines use to help rank sites.”

Like the statement he gave Search Engine Land yesterday, this doesn’t seem to deny that Microsoft is pulling in data from Google. The question is, is it a deliberate attempt to “get a boost” from Google’s algorithm? We still don’t know for sure.

UPDATE 2: ZDnet just got a slightly more specific: “We do not copy Google’s results” comment out of Microsoft. Still, the waters remain muddy on exactly what’s going on. We look forward to bringing you a definitive answer just as soon as we can.

Read next: Join 200 developers from all over Europe at the TNW Hackathon