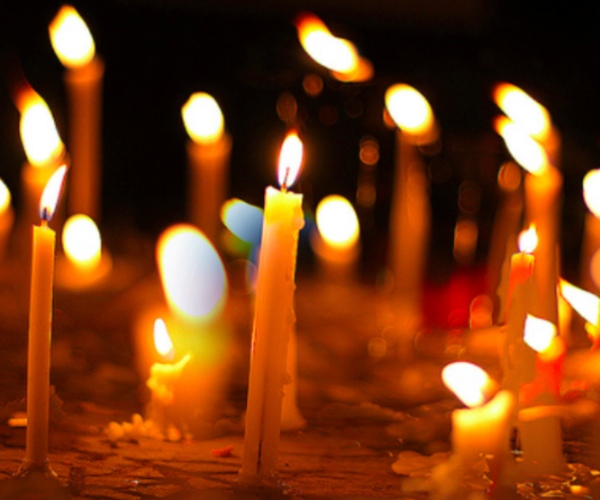 8 months ago an 18-year old student named Jeremy Marks was sentenced to jail for felony crimes he allegedly committed while videotaping a Los Angeles Unified School District police officer beating up a 15-year old student for smoking (unconfirmed if it was marijuana or not) at a Metro bus stop near Verdugo Hills High School.

Marks and several bystanders started taping the officer, named Erin Robles, slamming the young student’s head into the bus and using pepper spray. After more cops arrived, the young student was released without charge. But the cops pick out Marks, accusing him of calling out, “Kick her ass” and arrested him at gunpoint, destroying the evidence on his phone in the process. Since photographing police is still legal in California, they charge him instead with “attempted lynching of a police officer.”

In court, the prosecutor made an offer: plead guilty and he’ll only serve seven years. Marks declined and sits in jail for nearly 8 months awaiting trial.

Last week, the LA Weekly reported that the 18-year-old is going home for Christmas, thanks to Neil Fraser, a Bay Area Google engineer whom Marks has never met, who paid Marks’ $50,000 bond. Fraser heard about the case on Reddit and decided to provide the collateral to get Jeremy out of jail and back to his family for Christmas.

Leaving a high school student in jail for nearly 8 months seems to not only be in violation of the right to a timely trial, but also reasonable bail. To this extent, Fraser writes on his blog:

The whole experience of what happens pre-trial was a real eye-opener. One of the things which I learned was that if one uses a bail bondsman in the US they require a 10% payment which they keep even if you do show up for court. That makes getting out of jail phenomenally expensive.

The alternative is to raise enough cash to pay the entire bail, which will then be returned after the trial. The amount of work it takes to liquefy investments and raise that sort of cash is ridiculous. If one were inside jail and limited to a few phone calls, it would likely be an impossible task.

What would you do if you unexpectedly ended up in an American jail with one phone call? Are you going to pick a lawyer at random from the yellow pages (assuming those pages still exist in the jail’s copy)? Do you have family who will take charge of the situation? In my case I’m fortunate: I could just phone the consulate for one of Her Majesty’s governments. Those pages are likely to still exist in the jail’s phone book.

Since posting bail, Fraser has been in constant communication with lawyers, bail bondsmen, Jeremy’s mother, the press, banks and accountants. Fraser also sent the family $1,500 for Marks’ defense attorney costs, which was matched by Google.

Watch a video of the incident here:

Read next: Is Skype Video Chat coming to mobile in 2011?