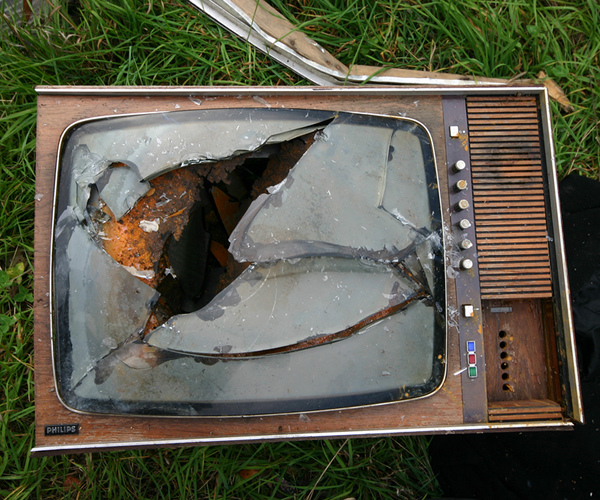 Google’s dream of revolutionising TV is on shaky ground right now – could it could go the same way as its unsuccessful attempt to transform the mobile phone market earlier this year?

Google TV is the search giant’s play to bring its advertising to your living room by turning you TV into an Internet video player, where the major networks’ shows can be searched for alongside YouTube videos, the Web and apps that, as they evolve, have the potential to change the way we use our TVs forever.

It’s an appealing prospect. Unfortunately, things haven’t got off to a good start for Google TV thanks to one main factor: the major TV networks.

Shortly after Google TV launched in the US, many networks began blocking the service from receiving their online video streams. A Bloomberg report yesterday indicates that the situation isn’t set to change any time soon.

Big names like Fox, NBC, CBS, ABC and Hulu are unhappy that Google is packaging their catch-up video streams in a way they can’t control and, crucially, can’t sell advertising against. Even in-stream ads pull in less revenue than on-air ads.

Bloomberg reports something of an impasse between the traditional TV industry and Google. Discussing CBS and Fox, the report says “After months of talks they’re in no hurry to let Google TV offer shows via the Web for free. They say there have been no lucrative offers and they aren’t sure of the search company’s intentions.”

Meanwhile, Google TV’s Rashi Chandra told Bloomberg: ““I don’t think there’s any magical solution that’s going to happen right away. Our job from a platform basis is to make sure that we support all the different business models that they want to support.”

So, don’t expect your Google TV box to get access to top US shows tomorrow, or even next week. That said, Google may well find a way to make it work that pleases the owners of the shows it will need to make its product a success. The question is, will this end up being a diluted version of Google’s current product?

Echoes of the past

Remember earlier this year when Google wanted to transform the mobile phone industry by letting you buy phones directly online, choosing your carrier separately? That didn’t work and Google’s new Nexus S is being sold in the traditional way. This showed that while Google holds great influence on the future direction of the Internet, that doesn’t necessarily translate to well to other industries.

Could we see a similar change in direction for Google’s latest foray into a new industry?  Google TV is unlikely to become a hit without major network content. If the networks are going to allow their content onto the service, they could negotiate significant changes to the way the service works. That’s if they want an advertising giant from another industry on their patch at all.

What might those changes be? It’s too early to say, but it may well be that if Google TV is to become a hit it may well have to be a very different product than it is today.