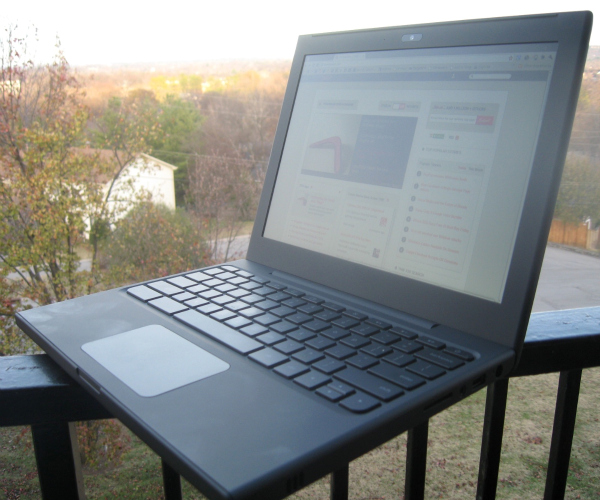 Today, Google’s prototype notebook dubbed the Cr-48, began showing up on the doorsteps of a lucky few. Fortunately, a few of us here were fortunate enough to be a part of that group and we just recently gave you our first impressions.

Now that the device is out in the open, Google has posted a pretty entertaining video of the Chrome notebook through their googlechrome YouTube account.

In the video, our host Glen Murphy uses his Chrome notebook to type a note to a friend. His device  is then repeatedly destroyed in several dramatic ways, however, because his information isn’t store on the device itself, he is able to pick up right where he left off.

Read next: Why the Nexus S has NFC - Google Places window stickers are NFC enabled