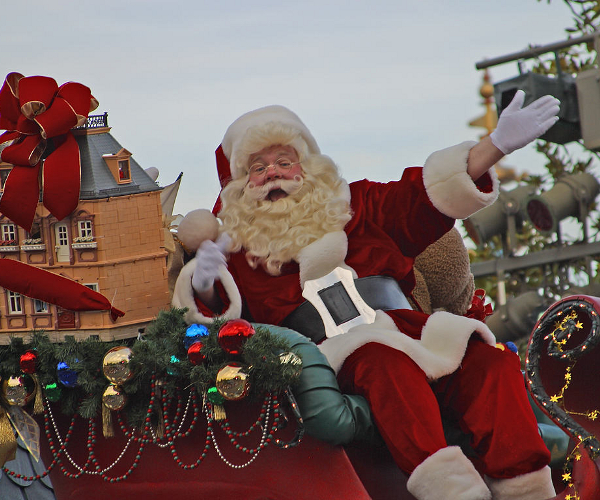 So apparently Google has solved the age old problem of not only getting in touch with Santa Claus, but also of how to make sure your kids, nieces and nephews get a call from Santa. The answer? Google Voice of course.

It’s a cute little site that is pretty Googlized (there’s a Google Voice logo and some of the presents include “an Android phone” and a “Google TV”). That said, it’s a pretty slick site that takes only a minute or two to set up your personalized greeting, which is played back to you before you send it out. The voice is of course, Santa’s and we have to say, if we were 5 years old, we’d certainly be fooled, as it can be very personal and certainly sounds like Santa.

The questions asked on the site include your relationship to the person you’re sending the voice greeting to, information about them – do they live in the city or country, are they in elementary school, what they want for the holidays, favorite food, nickname and what holiday they celebrate. You can then share the voice message via any number in the US, text message or Facebook / Twitter.

We tried the phone call and it worked instantly and was perfectly clear. However, at the end of both the process and the phone call, the message gets pretty Google Voice promotional – for the process, that’s fine, but is a 5 year old really going to want to hear about why Google Voice is great? Otherwise, it’s a nice little free service that you can certainly have some fun with, but we prefer it if Google would take a little of the Google out of the final message.