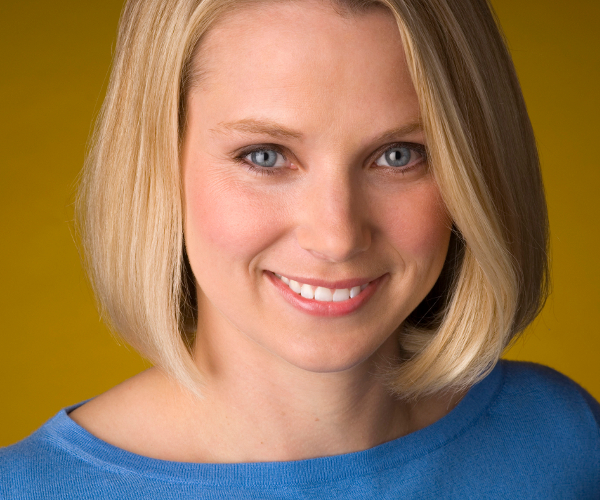 There’s a small rumor that’s been making the rounds over the last few weeks about Google buying a young startup out of Chicago called Groupon, for a-Google-pocket-change-amount of $5+ billion. Oh, you’ve heard that one too…cool.

So if we go with this rumor, it would make sense that Google has been thinking about this for awhile, probably at least six months, right? Ok, so if Groupon does become a part of Google, what part of the company would it end up being a part of? Yes, Groupon is a kind of advertising, but somehow we don’t see it be placed in the same was within Google as DoubleClick was when it was acquired. Also, it wouldn’t make much sense if Groupon were to be a part of Google’s social initiative, at least in any way that we can see. So where does that put it?

Squarely in local, which just happens to be a newly reorganized division with long-time Googler Marissa Mayer newly at the helm. So here’s our question – did Google’s executive team put Mayer there for the clearly stated purpose of handling Groupon once the deal was done (come on, you know that if Google want a company bad enough, they’re going to get it, right?)

We’ve been thinking over this for the last couple of days and we’ve come to the conclusion that this is most likely the case. A $5+ billion purchase – even for Google – is not something to be taken lightly, and it would make perfect sense to put Mayer – who is still only 35 years old – in charge of what many believe to be “the next big thing”. She certainly has a very good grasp as to the major mistakes that Google has made in the past, so she would be a pretty safe bet to lead a post-Groupon-acquisition Google local.

At first, we thought that Mayer was in the position in order to court Foursquare or another check-in service, and frankly, Google could still make that move. However, if the idea was to get the best deals company out there, it’s hard to argue against Groupon being that company.

So why Mayer? Well, for one, she guided Google through a decade of its search engine, which turned out pretty well. Also, as we said above, she’s young (and so is Groupon CEO Andrew Mason – more on him in a second), and maybe more importantly, she’s already had her exit with Google going public – she is a very wealthy person. That wealth, added to the desire to do something big and new, could actually (hypothetically of course) been something that Mayer might have used as leverage to get this position on the terms that she wanted, i.e. nothing is keeping Mayer at Google other than herself.

So where would this put Groupon CEO Andrew Mason if any of this is true? Would the new billionaire (he’s got to be one after this right?) want to work for Mayer, or is Google going to keep him in charge of the operation, with Mayer only playing a mentor role? Mason is a very engaging personality – as is Mayer – so we kind of doubt that whatever happens, he won’t but tucked away somewhere out of the spotlight – few billionaires are. Of course, Mason could just decide to stay on as long as it takes to get the companies integrated, and then go buy his own island.

All that said, we think that if the Groupon acquisition happens, we expect Mayer to be leading a renewed charge into local with the combined assets of both Google and Groupon behind her.

Read next: How to: Choose the right domain for you