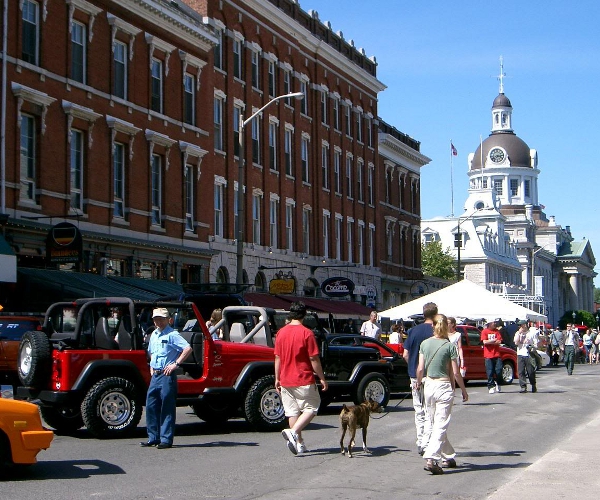 Google just took Google Maps Street View Smart Navigation and made it twice as fast. How? They changed moving around with the ‘pancake’ navigation from two clicks to just one click.

Google introduced Smart Navigation a year ago (it’s that semi-transparent spot that you can move around the screen in Street View to zoom in or move around) for browser-based navigation in Street View. As of yet, Google hasn’t rolled this feature – in either one or two click modes – to either Android or iOS. However, we beyond the the new ease of use of Street View navigation in a desktop browser, we certainly see this kind of one click interface as something that will be tremendously useful for mobile in the future.

Of course, Android phones have free turn-by-turn driving and walking directions, but that’s not really useful when all you want to do is explore an area that you’re not in while on the move. As far as the desktop interface at the moment is concerned (which is what today’s change is immediately about) the new one click exploration is super quick and in Chrome at least runs nearly flawlessly (and there is no reason to believe that it wouldn’t work the same in other browsers).

On the surface it wouldn’t seem like much news that Google took an interface and reduced the action from two to one clicks, but inside of Google Maps, with Street View on, it really does seem to be exactly what it now is: twice as fast.

Read next: Try This: WidgetBlock. Speed up Chrome page loads by killing the social widgets