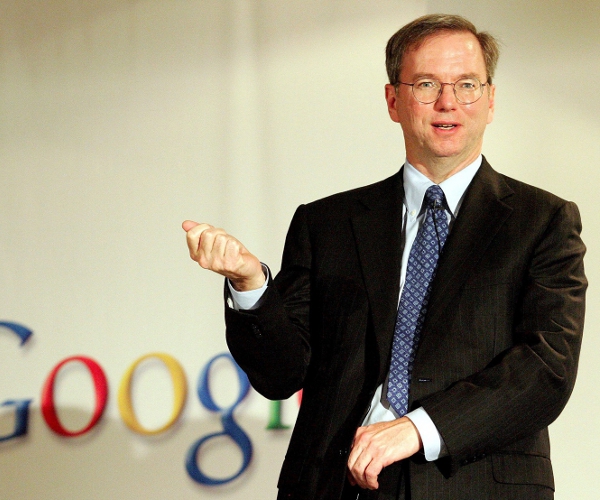 At the Web 2.0 Summit just now, Google CEO Eric Schmidt said that Android Gingerbread 2.3 will support near-field-communications to read RFID tags as well as communicate with other phones, payment systems and other possible applications.

Schmidt said that the NFC support, “will be in the new operating system, called Gingerbread, which will come out in the next few weeks.”

If you’re not familiar with NFC, basically it is an additional set of sensors that can read and interact with other NFC devices and RFID tags which are used in retail, shipping and many other things to store information.

First saying “We don’t make devices,” Schimdt then pulled out an “unannounced device” (it was black, had rounded edges, and the screen wasn’t all that big) that he says he carries around with him and said that Gingerbread will have this support baked in for device manufacturers to use. Schimdt said in Q&A afterwards regarding what NFC standard Android will use: “Our team is using the standard that the industry is using.”

Schmidt also said that payments and location fit perfectly into NFC, which is something that we’ve talked about in the past in relation to future versions of the Apple’s iOS – Google just beat Apple to it.

When asked about what he would like to see done better with Android, Schmidt said that, “There’s a set of things that the iPhone did a brilliant job of doing on a closed system… but that the next real focus is on the application layer. You have to establish volume first, which is what we’ve done…We think Android will be a leading platform, if not the leading platform.”

Schmidt also made a quip about the Nexus S, saying, “I said there will never be a Nexus 2…”

Read next: Microsoft is selling more than 100,000 Kinects a day