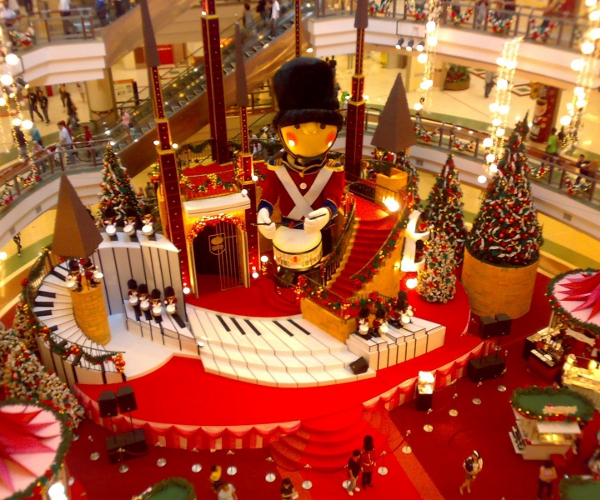 Google is very much already in the holiday swing of things. Earlier today we told you about the free WiFi it is bringing to three US airlines this holiday season, and sometime last week the search giant rolled out a – what we’re pretty sure is a new website (we’ve emailed Google for confirmation) – called Think Holiday.

The Think Holiday site seems to have come out of a seminar Google hosted back in August with the same name where it invited retailers to talk about search strategies, etc. Google has also been tracking shopper activity this fall, and as of October 19,”73% of consumers had started researching/shopping vs. 59% in 2009. Purchasing remains more consistent: 51% in 2010 vs. 46% in 2009″ according to the Google Retail Blog.

The Think Holiday site is basically a couple of Google widgets and RSS feeds thrown together along with a Christmas countdown in a kind of makeshift retail hub, including a Google Insights widget that has one pretty impressive stat: on Saturday, November 6, “Black Friday” (i.e. the Friday after Thanksgiving in the US, the busiest shopping day of the year) had a 100% interest rate already, 20 days before the Black Friday itself:

Also, here’s a chart from the Retail blog post asking consumers why they have started shopping/searching:

Read next: Microsoft has filed trademark for their new slogan, 'Be What's Next'