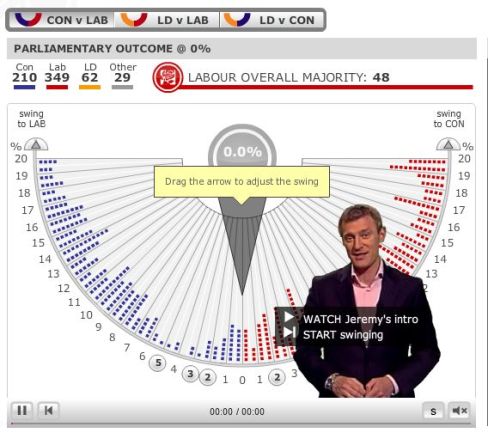 Marissa Mayer, who has run Google Search for years, has now been put in charge of location and local services, according to an email sent by Google to Bloomberg.

So that’s why Mayer has been checking in on Foursquare lately.

Mayer, who we pointed out a few weeks ago has more or less been face of Google lately (especially while Vic Gundotra is locked down on Google Me we’re guessing) has also reportedly been promoted to Google’s operating committee, which is the highest echelon of Google’s management (we’re kind of surprised she wasn’t already there actually).

So, what will Mayer do with location and local now that its under her control. First of all, as we’ve said a number of times, beyond search and advertising, we think location is one of the things that Google does best, so Mayer will be starting out from a position of considerable strength. We’re not talking about the always there but not really Latitude either – when we say location, we mean Google Maps.

Google Maps is far and away the most used online mapping service in the world, and for good reason. Add to that Google Places, all of the location features of Android (which are of course centered around Google Maps) and Mayer will have an arsenal to take on not only Yelp and Foursquare and the such, but also much bigger threats in Apple, Microsoft (Bing Maps is more impressive every day) and of course Facebook Places.

Right, Facebook. It would seem that Google is not taking any chances, taking two of its most visable execs and placing them on projects that will most likely compete directly with Facebook for some time. Then there is Twitter, which Mayer (and Google in general it would seem) have great admiration for – could Mayer do something with Twitter’s geo team to really bring a synergy to both companies on location?

Finally, yes, there is Foursquare, which as we said above, Mayer has been very publicly engaging with over the last few weeks. Foursquare’s CEO Dennis Crowley has already had one go around as a Google employee after Google acquired his Dodgeball, but could Mayer – and a subsequent re-focusing of Google around location as well as a common enemy in Facebook – bring the possibility that Crowley (and Foursquare’s investors) might entertain a Google acquisition? If not, could Google perhaps snap up a Foursquare competitor for a lot less than Foursquare would probably cost?

As close followers of Google and location services, this is really an exciting announcement and one that could have far reaching implications across a number of web and mobile services.