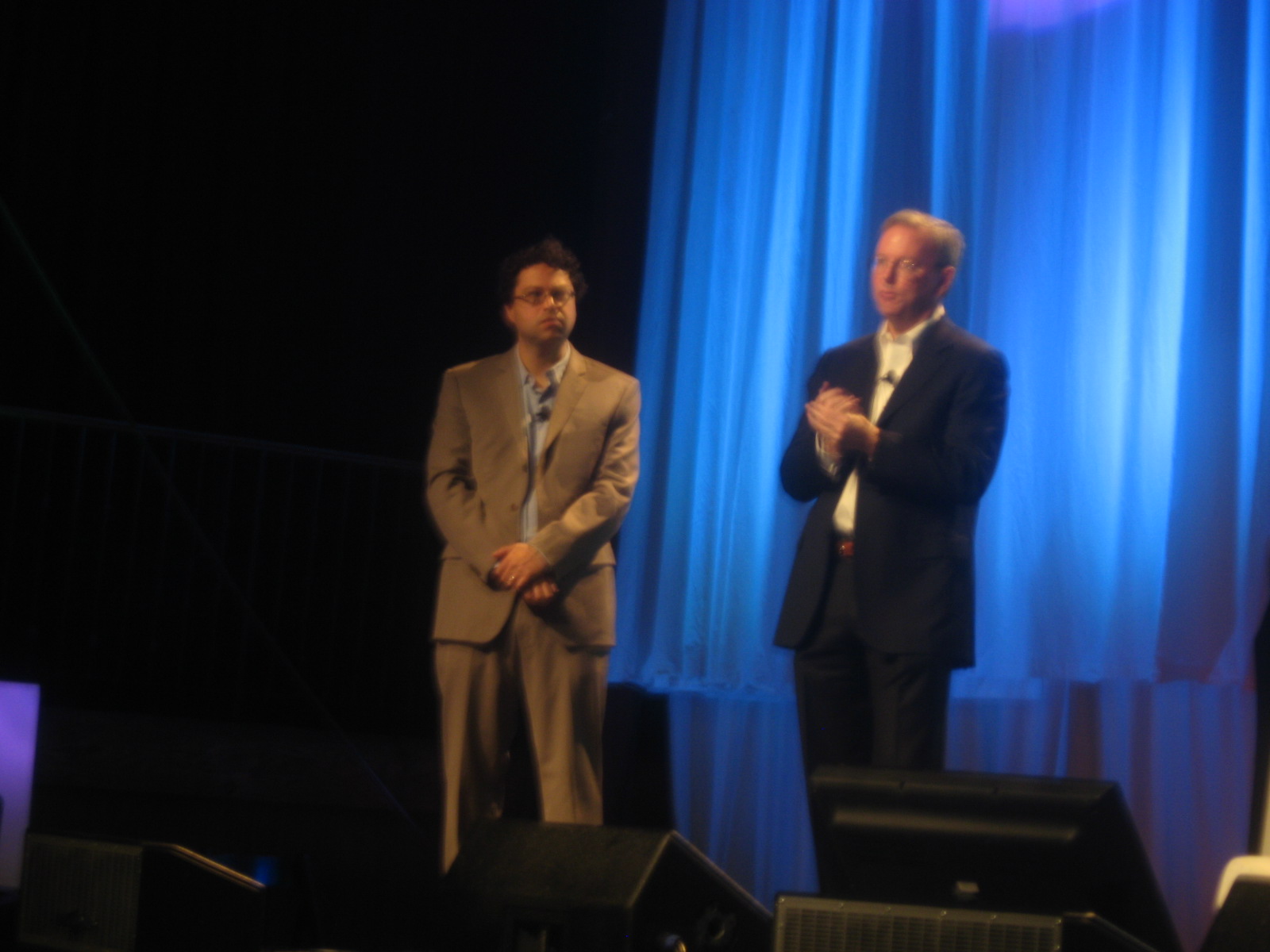 This is happening, says Schmidt, because of adoption of mobile platforms and cloud computing that can even translate speech to text, then back to speech in another language.

Schmidt then goes on to say that “speed matters”, which gives us insight about Google’s approach with Google Instant. With an “explosion of information”, we need speed to navigate it. Google is in an interesting position to see this explosion, as the company does over 2 billion searches daily.

Schmidt says that the next evolution will be search that will happen (“with your permission”) without you even having to ask. For example an inquiry about weather is really asking “should I wear a jacket?”

Schmidt makes a very firm point about Google being an open company, stating that closed companies for distribution are in danger of being overtaken.

So what does this all mean? According to Schmidt, it’s a “golden era of breakthroughs”. He asks how computers and computer science can solve issues of global warming, terrorism and other threats. He then states that computers are best served by doing things that we’re not very good at (data mining, listing, etc) in order to help us solve these issues.

When asked by @ChadCat if Google could do only one thing, what that would be: “The answer for Google is search. The sum of that is semantic search, deeper indexed, personal information and information such as your friends list”.

Read next: Steve Jobs Was Right: Flash Must Die