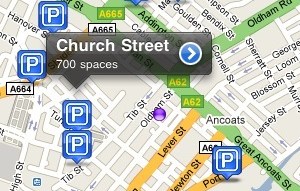 It’s been a strange couple of weeks in the life of this Android-living Google fanboy. OK, so I’m not really a fanboy, but I’m quite fond of Google products, and especially so when that product is the Android OS. But in the past couple of weeks, I’ve seen actions from Verizon that make me sincerely question Google’s lack of response to them.

Last week, the rumor started circulating that on the newest Verizon device from Samsung, Google was not only not the default search provider but also you couldn’t even change it to be so. While that did raise my eyebrows a bit, I was reminded by someone close to the Google/Verizon situation that Verizon did indeed select Microsoft’s Bing as its search provider of choice some time ago.

Fair enough, I suppose. It doesn’t keep you from going to Google.com in your phone’s browser, nor does it keep you from downloading a widget that will allow you to search on Google directly. I can deal with this.

Today’s news, however, I’m not so sure how to take just yet.

The news is that Verizon is building its own V-Cast Apps store. While we’ve long-ago become accustomed to the Verizon tab within the Android Market, the idea of a completely separate store is something else entirely. As with most major decisions, this could go really well or horribly, painfully wrong.

Verizon says that it will have a stringent policy for application approval. This is a very good thing. It’s something that the Android Market needs, to some extent.

There will be a 70/30 split with developers for profits. Again, this is good. Devs need to make money and it’s another platform on which they’ll be able to.

You’ll be able to bill apps from the store to your Verizon phone bill.

The rest? Well, that’s pretty much all of the possible good things to come out of this announcement.

Fragmentation issues continue, as only devices running 2.2 or higher can use the store.

If you purchase an application from the store on one phone, there is no assurance that it will work on another.

While I’m perturbed enough by the idea of having more crapware on my phone, what really bothers me is what this likely means, moving forward.

Carriers are already given the choice of pre-loading their own software and disabling some services on Android. It’s part of the license agreement. However, there are certain core items to the devices that simply should be left alone, if only for the ethos of the Android operating system. The Android Market, for better or worse, should be one of those.

While it’s bad enough that you’ll have added software on your phone (and don’t think for a second that Verizon won’t go out of its way to default all purchases to its own portal), what happens when Verizon decides to build its own standardized UI to place on all of its Verizon devices?

In one fell swoop, Android users could very well be the unwilling recipients of over the air “upgrades” to their devices that would bring back the bloated junk that ruined the potential of great phones only 4 or 5 years ago.

But why would Verizon screw over its customers like this? Why would a walled garden be of any use to Verizon?

Apple has had phenominal success with the App Store, and rightly so. There are great applications in there, and they deserve to be purchased. Verizon, in its business interest, wants a piece of that pie. Sadly, Google has not yet (publicly) stood up to tell Verizon when to stop molesting its operating system, so Verizon will continue.

This is, conversely, the very reason that Verizon will not see the iPhone in its lineup. Jobs and company will not stand for it’s “magical” device to have bloated crapware on it, and Verizon won’t open the door to something that it can’t modify to its own tastes.

While there is still the argument of being able to root or jailbreak the devices, that’s a level that the vast majority of “Joe Consumer” users won’t ever touch. It’s not even a valid response to the argument, because it leaves out everyone who isn’t “one of us”.

So there is your future, Verizon iPhone hopefuls. If you want to see exactly why your precious device will never wear a big, red V, just take a look at Android.

For those of you Android users who are lucky enough to run a “vanilla” device, you might want to start reading about rooting so that you can keep your phone running the way it should.