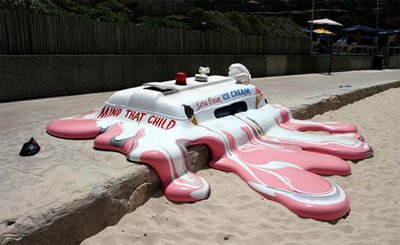 Google’s “Don’t be Evil” mantra is frequently under attack in some humorous ways.  A group called ConsumerWatchdog has posted a video, part of larger collection regarding Google, on their YouTube channel that pokes fun at Google CEO Eric Schmidt.

You’ll recall that Eric Schmidt has made some odd claims recently.  One is, and I paraphrase, that once today’s youth reach 18 they will need to change their names.  Another is his opinion that blogging is not high on the list of things he enjoys.

The latest video from ConsumerWatchdog makes fun of Schmidt’s view on privacy, including the comments made in a 2009 interview where he said, “If you have something that you don’t want anyone to know, maybe you shouldn’t be doing it in the first place.”

According to the Wall Street Journal, “part of the video is being used in a 15-second ad on a giant screen in Times Square too. (And these are all posted on on Google’s YouTube. Oh, the irony.)”

Whatever you think of Google and their CEO (personally I think he’s just a tad bit “off”), enjoy the video and feel free to let us know what you think of Mr. Schmidt and Google.

Read next: Need a Kickstart into Twitter Lists? Maybe Formulists Can Help You With That and We Have Invites