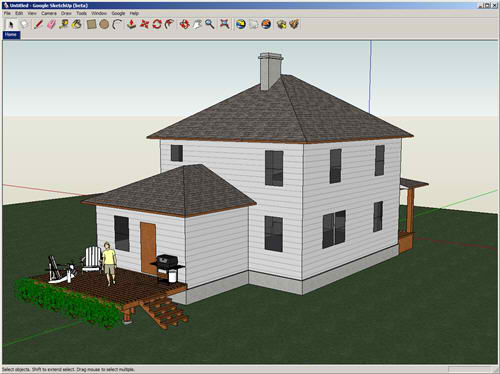 Google has released SketchUp 8, its latest version of the popular 3D modeling software, with many new improvements, including Google Maps built right into the software.

If you’re not familiar with SketchUp, it enables you to leverage Google’s geo data and quickly make 3D models of anything from furniture to entire cities. In addition to the integrated Google Maps, other new features in SketchUp 8 include:

Google made the announcement of the new version at its third bi-annual “3D Basecamp” conference in Boulder, Colorado today, and the software will be available in five languages to start (English, French, Spanish, Italian or German). For super-serious 3D modelers, Google also has a professional version, SketchUp Pro 8, for $495 or as a $95 upgrade if you have a previous pro version already.

Google has a couple of cool videos around the release, including this one: