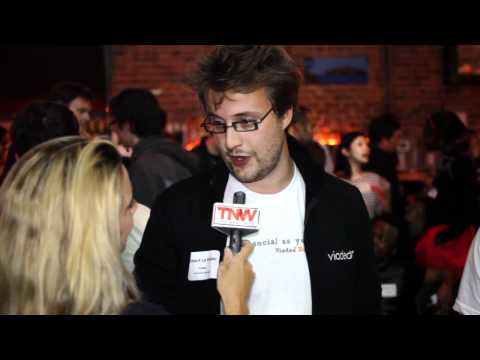 Next time you open up Google Maps in a US city, you may well see some new, but familiar landmarks. Google has announced that it is to allow well-known brands to add their own company logos to Maps in the USA.

The idea, Google says, is to help users find familiar brands and help businesses promote themselves. “By helping users identify popular businesses, we’re making it easier to browse the map and navigate the real world.” It’s available in the US on desktop browsers from today, with mobile phones following soon.

Google is pushing the serendipity factor of this beta program, which has already been trialed in Australia. Imagine “Fortunately stumbling upon a nearby ATM when you’re looking up the address of the new restaurant where you’re dining tonight, or exploring the neighborhood you just moved into by figuring out where the grocery store is relative to your new apartment.”

Some may find that corporate logos on their maps pollute the experience, although they appear to be small and subtle. There’s no doubt that many use well-known brand logos as landmarks to navigate modern cities so they should be useful as more than just a promotional tool for the businesses themselves.

Don’t expect to see Mom & Pop’s Grocery Store logo on the map though, this is only for “Companies in the U.S. with multiple locations and a well-known brand… across a variety of industries, from banking to retailers to self-storage” – for now at least. Companies have to pay to have the logo included, although Google isn’t saying how much.