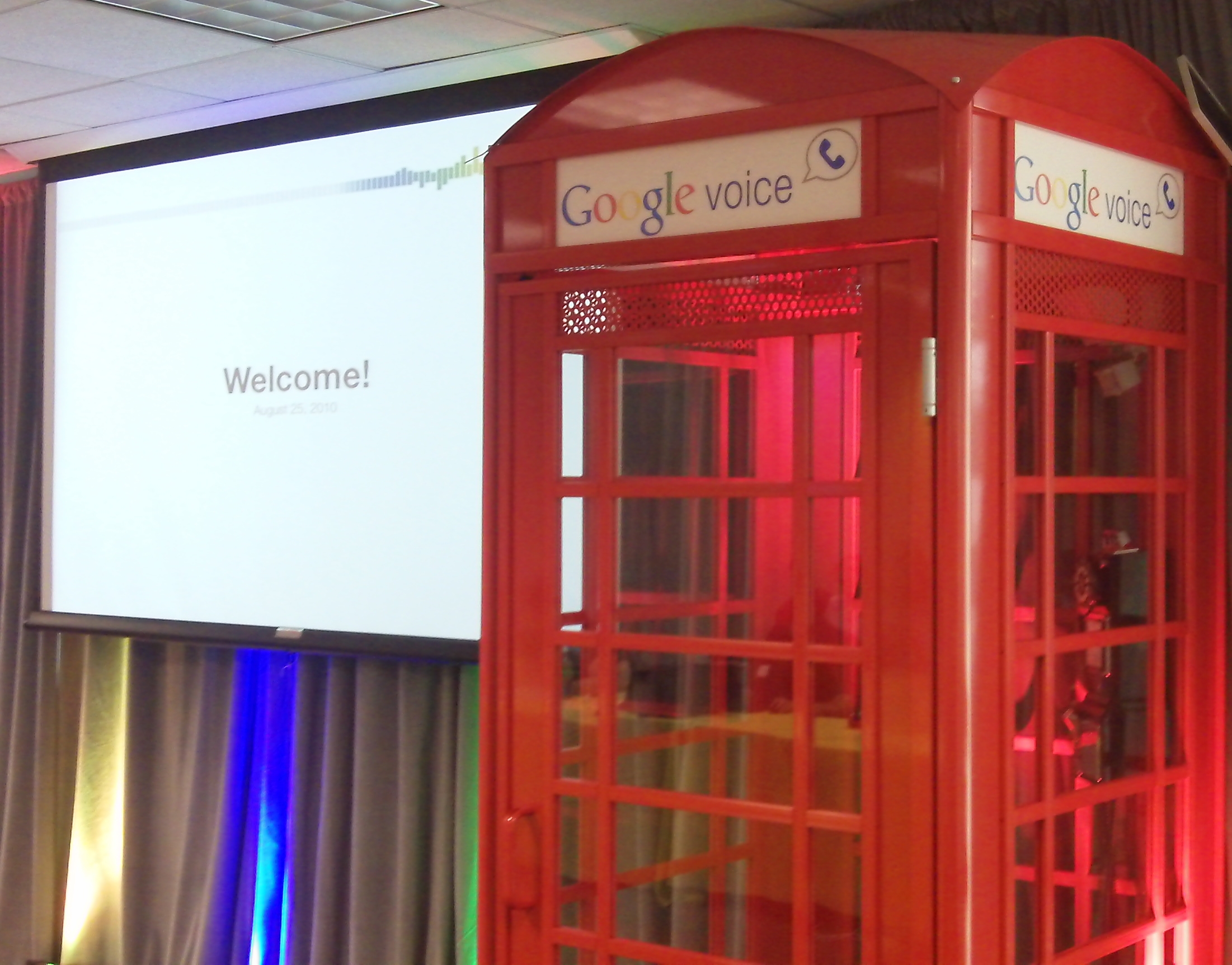 As part of its roll out of Google Voice and Gmail integration, Google plans to install these red phonebooths across the US in universities and airports. Calls from the booth are free to any number in the world, though Google will post some kind of sign or something asking people to limit the times of their calls if there is a line of people. Here’s our interview with the Google Voice team as well as a demo of the booth in action:

Read next: This Is A Tornado, A Tornado Of Fire