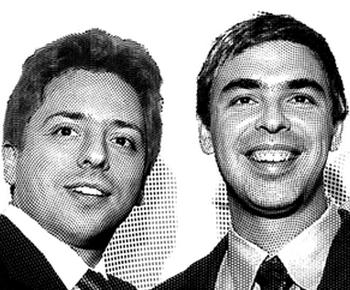 It seems that we tech people are sexier than we though all along, or at least our money is. It now appears to be very likely that following the October release of the Facebook movie, a film on the Google founders and their massive success could be on the way.

The movie rights for Googled: The End of the World As We Know it, a famous telling of the Google story have been snapped up by Groundswell Productions, meaning that the first serious step towards putting Sergey and Larry on the silver screen is under way.

Who would have thought, right? Think back and name another company of the heft of Google or Facebook that received a film so early in their history. Hard to do, right? Startup.com does not count.

Will the movie be any good? Perhaps if you are into computer science and graduate level work. Google’s founding is surprisingly unsexy, at least from the reading that I have done on it. Two mild mannered brilliant nerds took over the world, but hardly with flash, and hardly for the glory.

Will you go and see the movie if it does see the light of day? Of course, but whether it will be the mainstream success of the eponymous search engine is a gamble. Everyone uses Google, but will they pay to go see its founding reenacted?

Who else is hoping that the two Google guys toss some money to the project on the sly to make sure it survives?