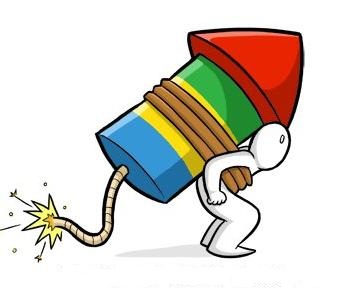 To this humble blogger, Chrome is the best browser in the history of the world. I am typing away in a Chrome 6 beta build, and with all honesty cannot recall a single time that I have opened another browser on any computer that I use for work. I just never need to.

And Chrome, it sure does burn through the versions, doesn’t it? Since its September 2008 release, Chrome has had (depending on just how you measure), twice the number of full digit releases that Firefox has released, and Firefox has been around since 2004. How has Google so quickly stolen a chunk of the browser market and iterated?

That is too complex a question to answer in a single post, but what I will show you today are the patterns of upgrades that Chrome feeds to its users to shuttle them from one version to the next. We are also going to be able to see just how Google uses its beta and developer release tracks to test before a major push. Look at this graph:

That, from last November to today, is the marketshare report for the various versions of Chrome in the global mass market. A big thanks to Clicky for the data, we couldn’t have done this post without it. Let’s break down what we can see.

You can see the beta periods for each version of Chrome by looking at their slowly rising levels before a massive spike. Look at how far back the testing goes on those versions. For Chrome 5, the baby blue line, when the rest of the world was just done moving to 4 (green), and not even 4.1 (orange), the people signed on for first access were being bumped up a notch. In fact, if you line up the first blue jump, and the big green jump, it almost seems that the same day the world was given Chrome 4, Chrome 5 started testing. No waiting about for Google!

What does this allow Google to do? Develop early, test for as long as needed, and then bring on the masses only when they are 100% ready. Looking at the amount of time that Google has stable betas out in the market before they switch over all users, you have to appreciate the work that is going on behind the scenes to get everything just right.

The Developer Track Users Get In Early

If you look at the beta periods, you will see a very noticeable bump in their market penetration in the middle of their lives. That is when the normal (beta track) users join the earliest adopters (developer track) in the new version. First the developer track, then the normal beta crowd, then the mass market.

To get a good view of this, take a look at Chrome 6 (purple), and its market share spike at the very end of the chart. That is Google moving people on over to Chrome 6 in he last few days, something that a few people have been using since, according to the chart, May.

When Google Pulls The Trigger, Everyone Moves

If you look at how long Chrome 5 has been top dog compared to Chrome 4, 4.1 and 3, you have to notice that it seems to be almost at the end of its life expectancy. The recent move by Google to begin shuffling people to version 6 might be the harbinger of a coming mass shift.

Look at the graph again, look at how violent the version swings are. Once Google is done with a version, no one uses it, period. Impressive to see how well Chrome is put together that Google can, literally with the flick of a switch, move millions of people up a version, most of them without their noticing.

To wrap this up, it has to be said that Google is killing it with Chrome. People who two years ago were stuck to Firefox with Gorilla Glue are now wrapped up in Chrome harder than a hair knot. You might be one of them. Given the speed and diligence that Chrome is being developed with, Google deserves it.

Read next: Watch this now: The Twitter Movie Trailer