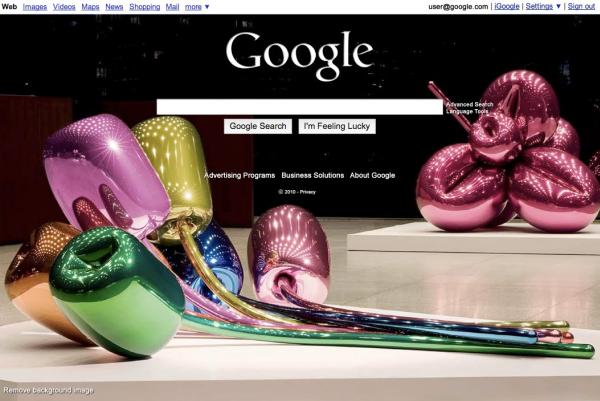 Google VP Marissa Mayer just tweeted that Google has killed their (planned) day-long test of showcasing background pictures for users. Now it’s back to the good old clean and white page that we’re all accustomed to.

Last week, we launched the ability to set an image of users’ choosing as the background for the Google homepage. Today, we ran a special “doodle” that showcased this functionality by featuring a series of images as the background for our homepage. We had planned to run an explanation of the showcase alongside it—in the form of a link on our homepage. Due to a bug, the explanatory link did not appear for most users. As a result, many people thought we had permanently changed our homepage, so we decided to stop today’s series early. We appreciate your feedback and patience as we experiment and iterate.

Certainly there was an outpouring of people online that didn’t like it, and felt that Google had Bing envy. What do you think? Was this a good move for Google overall?

For more background info, we have covered this interesting story from a few angles already:

Google offers some suggestions for your Google.com background.

Not a fan of the Google background? Remove it with this Chrome extension.

How To Remove The New Google Background

Read next: Google Slowly Provides for Arabia With 2 New Additions