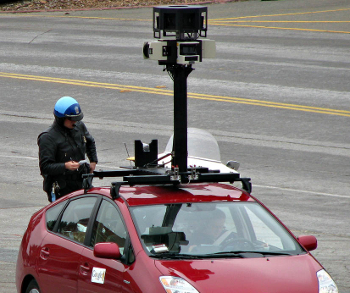 On the same day that Google co-founder Sergey Brin admitted that the search giant “screwed up” by collecting and storing website data by “mistake” from unsecured WiFi access points with their Street View car, the company has reportedly been sued by two individuals in an Oregon district court.

To our knowledge, this is the first lawsuit as a result of Google’s misstep, though it follows government regulatory actions on both sides of the Atlantic.

The plantiffs are basically suing Google claiming that their data was captured (we assume that they had an unsecured WiFi connection at their residence/s) and stored by Google. Apparently, under Oregon law, they can receive up to $100 per day that the action took place with a cap at $10,000 – however, they are also suing for punitive damages (we do not know if there is a limit under Oregon law, but if there is, it’s in the millions we’d imagine).

One of the most interesting angles in this suit is that contrary to what the US and European regulatory agencies want – i.e. for Google to immediately delete all of their stored data – this suit is actually trying to get an injunction against Google to stop them doing this as the plaintiffs consider that data as evidence. It will be interesting to see what happens first – Google deleting the data or the injunction being filed (if indeed the judge determines that is warranted).